Visuals of the Day

It’s no surprise that the Lone Star State loves its Lone Star beer, but sometimes it’s just nice to see that fact presented visually. Vox has a series of colored graphs marking various beer demographics of the U.S. Apart from the fact that we have an affinity for our national beer, there are a few other beer facts from the maps that you can throw out at your next cookout. 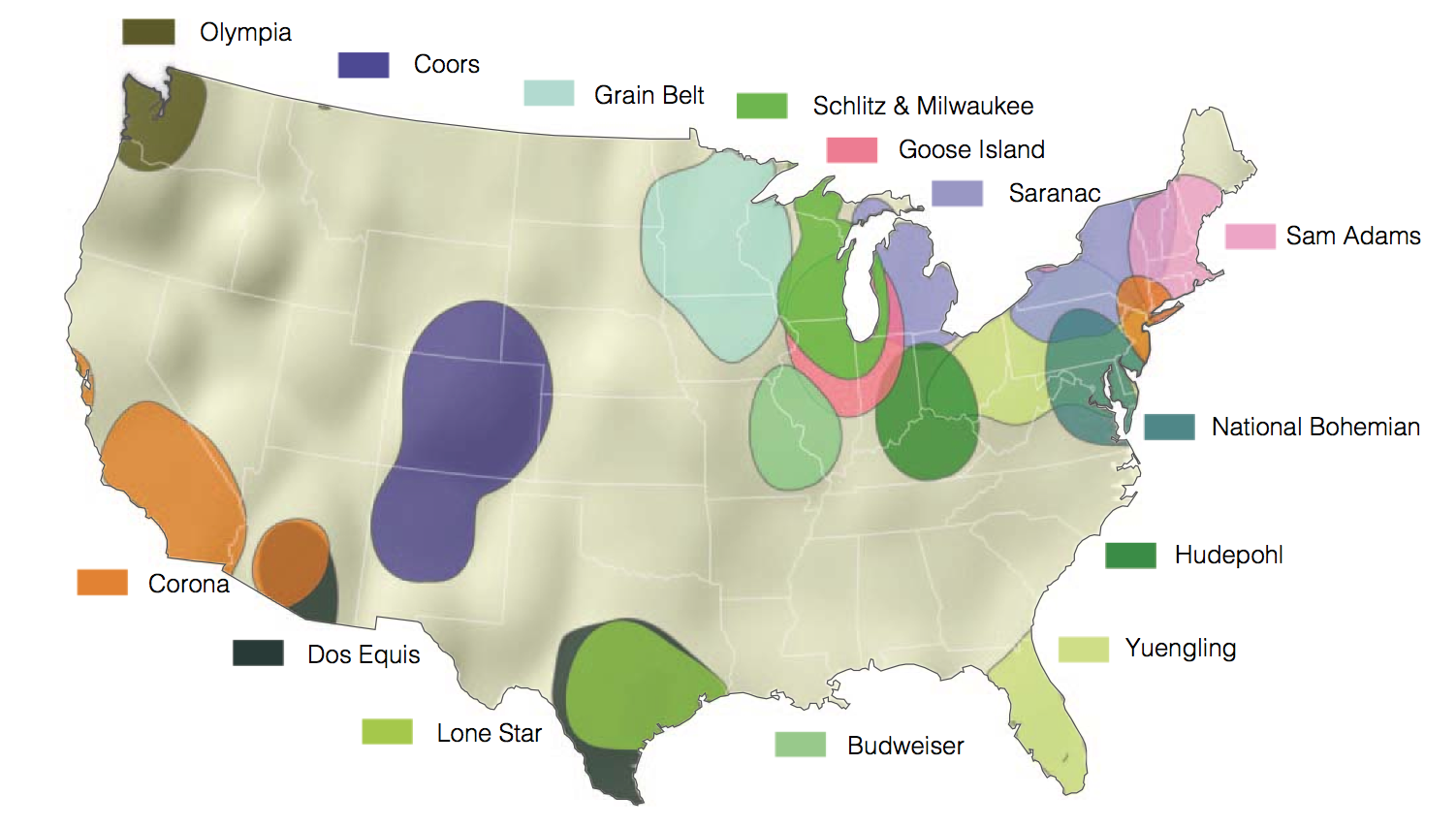 The Powers That Be  — Head honchos at the University of Texas did not get the memo about taking it easy over the holiday weekend. It was revealed Thursday that System Chancellor Francisco Cigarroa has asked President Bill Powers to step down voluntarily or be made to volunteer before the Board of Regents July 10 meeting. Exactly why isn’t made clear but it’s no surprise that it has to do with the Wallace Hall affair currently being examined by lawmakers. For his part, Powers “did not refuse outright to step down,” according to the Texas Tribune. “Instead, he proposed delaying his departure until after the coming legislative session.” It’s pretty bad timing for another mini-disaster, especially since the House Select Committee on Transparency in State Agency Operations had specifically told the university not to fire anyone while it digs into Hall-related matters. New University of Texas Board of Alumni president Kay Bailey Hutchison got into the mixing, saying Powers’s forced resignation “would be a travesty” for the university. Then again, she also said the leaking of information to the media was “unfortunate.”

Migrating Bogeymen — Governor Rick Perry, who might have his spiffy specs set on his next job, got on national television and said of the Obama Administration, “We either have an incredibly inept administration, or they’re in on this somehow or another.” For his money, Perry doubled-down on the latter theory. No doubt feeling the heat of Perry’s claim, Homeland Security Secretary Jeh Johnson said Sunday that “at the end of the day … our border is not open to illegal migration, and we will stem the tide.” Not one for conspiracy theories, apparently, Representative Henry Cuellar had a much more diplomatic response to the national governments immigrant ineptitude, saying “With all due respect to the administration, they’re one step behind. They should have seen this coming a long time ago.” At least one person sees the possible problems of their actions. “[Judge] Clay Jenkins said Friday that he’s bracing for strong opposition against a Dallas County plan to house and care for 2,000 children who crossed the U.S.-Mexico border alone,” according to the Dallas Morning News. Jenkins “has been criticized for politicizing his own plan, including his campaign developing an online fundraising appeal that mentioned the plan to house the immigrant children, and the fact that he first announced the proposal during his speech last week at the Texas Democratic Convention.”

Snipe Hunt — Former Minnesota governor Jesse Ventura is going to court Tuesday, suing the wife of Chris Kyle, one of the most famous Navy SEALs in history, for the alleged libel in the deceased Texan’s book. The controversy is one that’s been dragging along since Kyle wrote in his book that he once punched Ventura in the face at a bar. Kyle was killed in 2013 by an Iraq war veteran he was trying to help. Dead or not, Ventura wants his named cleared, as well as some serious cash-money. “Court documents show Kyle’s book had earned royalties of more than $3 million as of June 30, 2013, and the judge already has ruled that proceeds from an upcoming movie could be subject to damages, too,” according to the Associated Press. One law professor said Ventura, a public figure, “has a high bar to clear, and to win damages, he must also prove his reputation was harmed in a quantifiable way.” Apparently suing a serviceman’s widow does not affect one’s reputation.

Cloudy With A Chance Of Regulation — Your counterintuitive news of the day: the series of Environmental Protection Agency regulations being forced upon Texas energy companies could-maybe-possibly be good for business, with the deputy director of UT’s Energy Institute even calling newly proposed greenhouse gas restrictions a “hug to Texas from Obama.” It’s an odd visual, but the deputy director, Michael Webber, says the proposed restrictions could actually help Texas in new ways. “Webber’s argument, in a nutshell: Because the EPA regulations could devastate carbon-intensive coal power, that leaves natural gas and renewables to pick up the energy slack. The natural gas drilling boom, and trillions of cubic feet still untapped beneath state land, as well as vast amounts of wind and sun, suggests Texas is well-positioned to take advantage,” according to the Austin American-Statesman. What’s more, “there’s a robust, if quixotic, effort to make money off regulations. In early June, immediately after the EPA announced the new regulations, Austin-based chemical engineering firm Skyonic Corp. promoted its efforts to develop technology that would capture carbon dioxide emissions and turn them into profitable products.” The whole piece makes an interesting case for a Brave New EPA Texas, but one thing’s for certain: somebody somewhere is going to make some money.

A Guide to Replicating the ‘Texas Miracle’