‘[Texas Health Presbyterian Hospital] has always been considered the Neiman Marcus of hospitals, because a lot of wealthy people came here … Now we wonder if it’s going to become the J. C. Penney.’

— Although the subject is Ebola, this line is, as Buzzfeed’s Matthew Zeitlin wrote on Twitter, “the most Dallas quote that ever Dallas’d.”

Rejoice! The state’s favorite basketball-throwing bros have made another video. Their last venture at Reunion Tower was a slam dunk. In their most recent adventure, they’ve branched out and it’s a real … slapshot? Or whatever. It’s pretty cool:

Yes, another Ebola mention, but it’s the virus that keeps on spreading. Now that Ebola’s gone global, hucksters, conmen and snake-oil salesmen are coming out of the woodwork to represent the plague in human form. The first despicable horseman of our product Apocalypse is selling a “dietary supplement in the form of a wafer” that can “help boost the immune system to protect it from contracting diseases, including Ebola,” according to TMZ. Ebola-C went on the market on October 1. It does not protect against stupid. 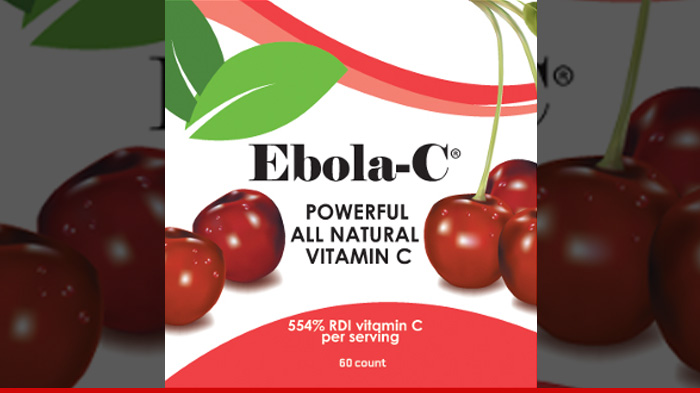 Ebola Watch: Day 16 — Ebola is officially airborne! And that’s because patient number two, nurse Nina Pham, was sent on a very personalized plane to “the National Institutes of Health hospital in Bethesday, Maryland. Like the spreading virus, the actual “news” about Ebola is starting to become unmanageable. But what’s really contagiousness is the blame game for the virus’s spread, which is exactly what the public comes to expect. For a great look at the contagiousness of the blame-game and who’s spreading it to who, Time has a really great and easy-to-read breakdown: Who the CDC is blaming, who Texas Health Presbyterian Hospital is blaming, who National Nurses United is blaming, etc. Luckily, we’re not only going to have an answer but a solution as well since it appears that the U.S. Congress is now getting involved. It has begun imploying its most effective measure against problems large and small, the congressional hearing, which produces enough hot air to kill any dangerous bacteria within a million-mile radius. One doctor said during the hearing that “since the [Ebola ] patient was having diarrhea when he was admitted … shoe covers were added shortly thereafter” to the basic protective gear being worn by health officials. To which, one representative asked the obvious follow-up: “Do you know how long it took to put those shoe covers on?” Said another congressman: “There’s no restrictions for travel on humans, but what about dogs? … Don’t you think we should at least restrict the travel of dogs?”

Shredded ID — At this rate, Texans wishing to vote on November 4 are going to need five forms of identification, their elementary school transcript, a sworn witness statement, and the annoying badge issued during that one bio-tech conference in Cleveland where you met that cute guy (Steve?) from the Albuquerque branch, who works in accounting but said his real dream is to one day open up a supply company for aquarium pet owners. Texas urged the U.S. Supreme Court on Thursday to let the state enforce voter ID at the polls starting next week and not restore a lower-court ruling that found the law unconstitutional and the equivalent of a poll tax,” reports the Associated Press. This follows the appeal by anti-ID proponents, who filed a request for an emergency hold on the law Tuesday, following the Fifth Circuit decision to reverse the first judgement by a district judge. There could even be a decision on the matter today! Which almost doesn’t matter since Texas is apparently not ready either way. It seems that “Before the ruling late Tuesday afternoon reinstating the law, Texas argued that under Saturday’s injunction that blocked the measure, it was barred from issuing [Election Identification Certificates].” Unforunately, “voting rights advocates and election experts … disagree. Some charged Texas intentionally adopted the broadest possible interpretation of the injunction, in order to make it harder for voters who lack ID to get one.” The question is, does any of this matter considering Texans in general don’t much care for voting anyhow?

Money, Shot Down — Dallas Cowboys owner Jerry Jones is a lot of things, like a man with “a reputation for womanizing.” One thing he is not is $1 million poorer because of that womanizing. The lawsuit filed against Jones by a 27-year-old woman who claims she was sexually assaulted by the then 67-year-old has been dropped. “Attorneys for Jones had argued that the suit should be dismissed because the Oklahoma woman waited too long to file it,” reports ESPN. The suit accused Jones of grabbing Weckerly’s genitals and kissing her without her consent. She also accused Jones, the team and McCathern of “conspiring to keep her quiet by paying her hush money for at least four years.” Sports media outlet Deadspin was one of the only publications to provide real detail (as well as the actual lawsuit paper’s themselves), reporting that among the alleged assault, the “suit also alleges that Jones and the Cowboys bullied Weckerly into keeping quiet about what happened, and coerced her into signing some sort of non-disclosure agreement.”

There’s a Sequel to That Highland Park Book Ban

At Least One Texas Supreme Court Justice Is Thinking About H.S. Cheerleaders