Few voices evoke the pathos of country and western tragedy as genuinely as the rich, honeyed timbre of George Jones. By 1962, the year Jones signed with the United Artists label, the East Texan had been divorced, jailed, and was already as legendary for his hard drinking as his handful of top-ten singles. She Thinks I Still Care: The George Jones Collection (Razor and Tie) chronicles his four watershed years with UA, which produced his teary duets with Melba Montgomery along with such singles as “The Race Is On” and the monumental title track. She Thinks I Still Care highlights these and other more-obscure treasures from an incomparable singer on the cusp of superstardom. Jeff Mccord

Blues Across America/The Dallas Scene(Cannonball) makes a fine case for Big D as one of the nation’s last great indigenous blues centers. The diversity among the three acts showcased is pure Texas. Henry Qualls (who actually hails from Elmo) provides bristling down-home slide guitar, while former saxophonist Big Al Dupree swings with true uptown elegance on piano. And when they’re not too busy trying to clone B. B. King, Charles Young and Andrew “Jr. Boy” Jones—vocals and guitar, respectively—can shake some juke joint walls with their full-throttle soul-blues. … Most pundits define national mores in terms of presidents, but according to “Christmas in Washington” on Steve Earle’s El Corazón (E-Squared/Warner Bros.), we’re living in the post—Woody Guthrie era, a time when that folksinger’s boundless optimism seems quaintly obsolete. For Earle, public affairs and affairs of the heart have become metaphors for each other, and the San Antonio native makes his case with country that scrambles (“I Still Carry You Around”) and moans (“The Other Side of Town”), and jeans-and-T-shirt rock (“Taneytown,” “Here I Am”) that rumbles, lumbers, slashes, and thumps. John Morthland

Tribute albums tend to get bogged down in either unjustified deification or pointless reinterpretation. Not so The Songs of Jimmie Rodgers: A Tribute. The Texas transplant was a genuine American music pioneer, and this record—conceived by Bob Dylan for his Egyptian/Columbia label—is a classy, ecumenical set that veers ably between faithful and fresh, with stringed things often subbing for Rodgers’ trademark vocal hiccups. Bono’s “Dreaming With Tears in My Eyes” is Leonard Cohen—ish, while Dickey Betts jams, swings, and croaks through “Waiting for a Train.”  … Kacy Crowley may be a tough, introspective female singer-songwriter who extols the virtues of hairy legs and the Grateful Dead, but the 26-year-old Austinite stands out in the current pantheon of rootsy hippie girls and histrionic alterna-divas. For one thing, she’s more of a rocker, as is evident on her major-label debut, Anchorless (Atlantic Records). Fellow Austin rockers Jon Dee Graham and Craig Ross are among Crowley’s collaborators, but her plainspoken and intriguing lyrical scenarios are the main attraction; they’re recounted in a voice that is sweet, unsettled, and occasionally affected without ever seeming coy or melodramatic. Jason Cohen

On his first full-blown recording in five years, Delbert McClinton roars back with a vengeance befitting the ultimate Fort Worth cat. Though Del is pigeonholed as country, One of the Fortunate Few (Rising Tide) reeks of blue-eyed soul, particularly on nittier-grittier tunes such as “Somebody to Love You.” … Don’t be fooled by the title of Dallasite Josh Alan’s latest release, Blacks ‘n’ Jews (Black Cracker Music). For all the provocation implied (sample lyrics from the title cut: “One says ‘y’all,’ the other says ‘youse’”), the real story is Alan’s acoustic guitar work, which is as nimble and precise as Leo Kottke’s, with a distinct undertone of sleaze. Joe Nick Patoski

Two of Texas’ favorite folkologists hold forth in just-released collections. In Home Spun (Winedale Publishing, $21.95), the beloved Houston Chronicle columnist Leon Hale ruminates on everything from the rituals of childhood (“how to skeet a flat rock across a stock tank”) to being Texan (“Summer is over when we’ve had our first jacket morning”). If you’re in the mind to mosey, check out 52 More Offbeat Texas Stops (Phillips Productions, $13.95), by Texas Country Reporter’s Bob Phillips: It’s a sampler of largely unsung destinations where day-trippers can find the likes of  “double-ought, two-fisted, skull and crossbones, code three” hot carrots. … Two other notable collections—these of short stories—come from two expatriate Texans. In Eggs for Young America (University Press of New England, $19.95), Dallasite Katherine L. Hester, now living in Frankfurt, Germany, writes potently about lives of quiet desperation—day laborers, for instance, who mill about “like the hand of God has scooped them up, shaken them in a meaty fist, and tossed them out, to bounce like dice along the dirty pavement.” Similar subjects and skills mark the work of Leslie H. Edgerton, who peoples the tales of Monday’s Meal (University of North Texas Press, $14.95) with alcoholics, inmates, and an abandoned family that survives on mule stew. The Freeport native, who lives today in Fort Wayne, Indiana, rates extra credit for his hook ‘em openings (“He was so mean that wherever he was standing became the bad part of town”) and punchy finales (“Color my ass gone”). Anne Dingus 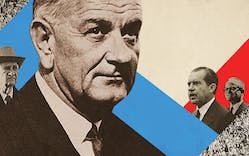 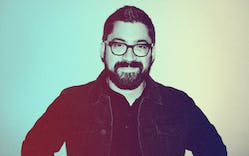 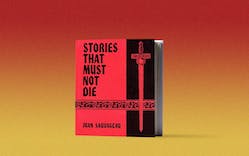