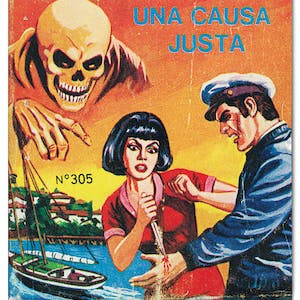 This story originally appeared in the January 2018 issue with the headline “When Microcuentos Were Big.”

Microcuentos (“mini-stories”) were once ubiquitous in Mexico—small, 4.5-by-3-inch comic books, printed at a rate of more than 55 million a month by the mid-seventies. But if you’ve never heard of them, you’re not alone. “The form factor of these books is like nothing I’ve ever seen,” says Christopher Sperandio, a professor in Rice University’s Department of Visual and Dramatic Arts. “You could carry one around in your pocket and read it when you had a break at work. The size also allowed the publishers to keep the books very cheap. It just made sense economically for where Mexico was at that point.” Sperandio recently acquired more than one thousand original microcuento drawings, a transaction that he describes as “kind of like finding an unexpected treasure.” With his students, he has organized an exhibition, “Between Love and Madness,” that will open in Houston on January 18, after an initial stop in Berlin. The show takes its title from a microcuento in which a man, hoping to marry his lover, tries to convince his wife that she’s going insane; the tale ends in suicide and murder. “These aren’t superhero stories; they were writing for a much broader population,” Sperandio says. “The literacy rate [in Mexico] was pretty low, so though the stories are nuanced, the writing isn’t too complex. And I think all of the art in the books we’re presenting is kind of amazing. The best of these artists could have worked for DC or Marvel in the U.S. 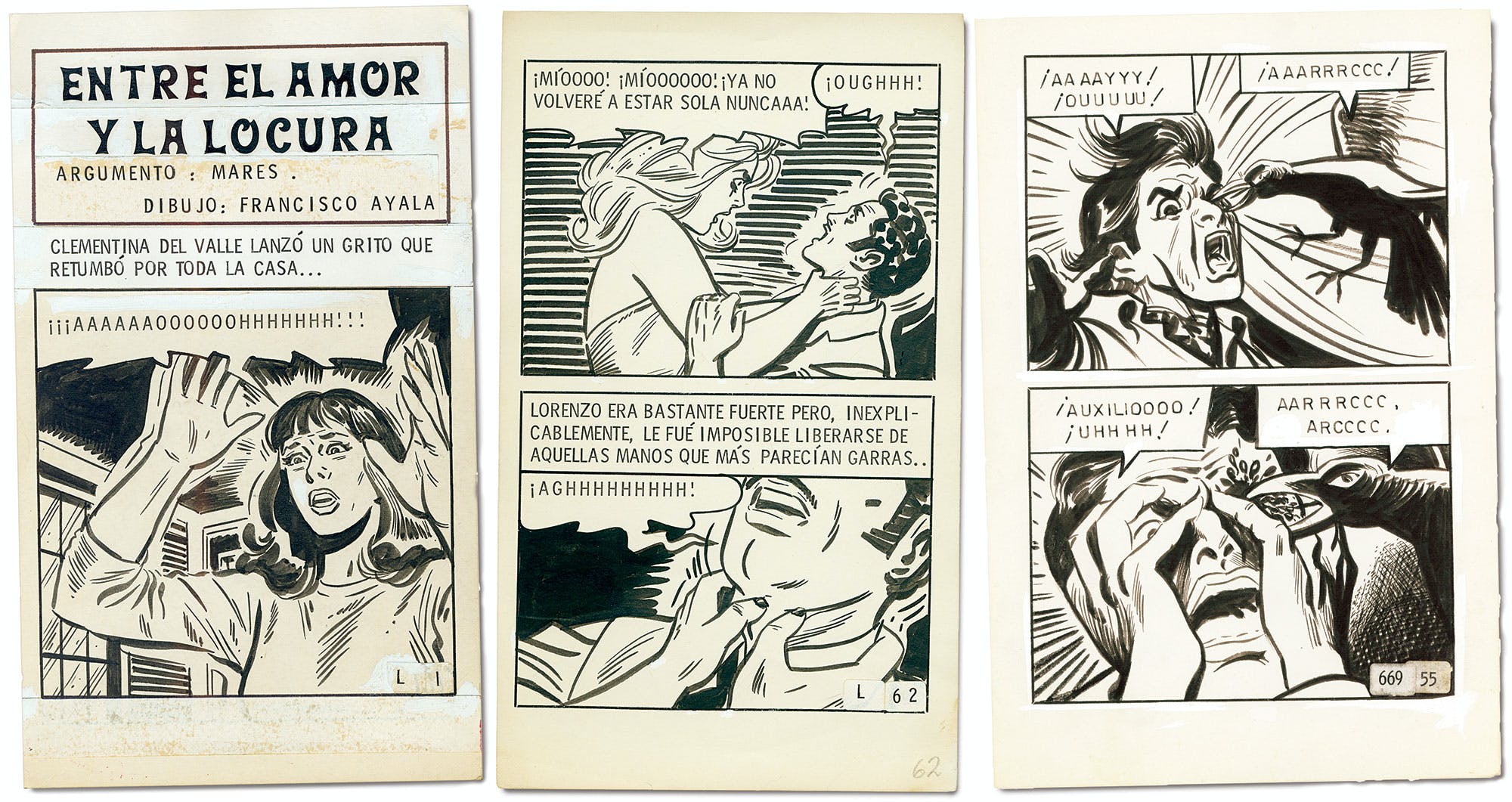