The barbecue books that have been published so far in 2019 cover a significant spectrum of the world of smoked meats. The latest techniques from the competition circuit, restaurants, or backyard cooks garner plenty of ink, but so do older methods that I’m glad to see getting attention. (Preservation by smoke isn’t necessary these days, but neither is cured salami.) A title I left off this list was one I cowrote with Sam Jones about Eastern North Carolina whole hog barbecue. I’ll leave that up to others to recommend. These are my favorites.

The Brisket Chronicles: How to Barbecue, Braise, Smoke, and Cure the World’s Most Epic Cut of Meat

Raichlen churns out a new cookbook every year with a different focus. In Texas, brisket has become synonymous with smoked brisket, and this book has plenty on that subject, with input from Jason Dady, Aaron Franklin, and Tootsie Tomanetz. But it also serves as a reminder that brisket is simply a cut of meat that reacts well to long, slow cooking. Raichlen provides various methods, including braising and sous vide. There’s a deep dive into pastrami too, where you’ll discover (among other facts) the difference between Montreal smoked meat and New York pastrami.

Most intriguing recipe: Brisket “steaks.” Raichlen swears you can grill an inch-and-a-quarter thick slices of raw brisket on the grill for four minutes a side and serve something edible.

By Aaron Franklin and Jordan Mackay

It’s not exactly a barbecue book, but there’s plenty of meat and fire instruction from one Texas’s most respected pitmasters. Franklin provides the same exacting specifications for cooking a perfect steak as he did when explaining smoked brisket in his previous book. Many unusual cuts are explored, with a handy cooking chart providing shortcut instructions. Mackay brings his steak worldview into focus throughout the book, and teaches us that young, grain-fed, American beef might not always be the best option for dinner.

Most intriguing recipe: It’s not exactly a recipe, but Franklin and Mackay tested when it was best to salt steak before cooking and found that at least four hours ahead is acceptable, but 48 hours prior to cooking is optimal (Texas Monthly also shared this recipe for red wine sauce earlier this year).

By Stan Hays and Tim O’Keefe

Operation BBQ Relief has served 2.9 million hot barbecue meals in disaster-stricken areas of twenty-five states. It’s an organization dependent on volunteer pitmasters ready to deploy for those in need. This book collects the recipes from many of those individuals and barbecue teams. More than two hundred recipes are included, along with excellent photos of nearly all of them. You’ll also find biographies of various barbecue teams and many personal stories about the mission of OBR.

I’ve read dozens of books on beef, and never before have I seen such a thorough explanation of how the mythical “open range” of the central plains came to be. Specht reminds us that the days of the cattle-driving cowboy could only have been made possible by the massive slaughter and displacement of Native Americans and their primary source of food: bison. Without the widespread eradication of both, the range wouldn’t have been “open,” and the beef markets that our current food industry are shaped by would look very different. The rest of the book is a thorough history of American beef—in which Texas unsurprisingly plays a starring role—including its shipping, slaughter, marketing, and even a meat riot.

Duck’s Eatery in Manhattan serves some bizarre barbecue dishes, like a smoked lamb neck, smoked cantaloupe sandwich, and a whole smoked watermelon “ham.” Harry & Ida’s, just a block away, puts a modern spin on deli classics like pastrami. Horowitz is the mastermind behind both, and he’s released a cookbook that isn’t solely focused on either. In the book, you’ll find recipes for lamb neck and watermelon ham, but none of that incredible pastrami. The focus is on preservation, from pickling chanterelle mushrooms to fermenting apricots, and smoking, of course, whether it be trout roe or brisket.

Most intriguing recipe: Sour Corn on the Cob. The shucked corn is submerged in salt water to sour for a week before hitting the grill. It’s topped with duck liver butter and shaved shad roe bottarga.

Smoked: One Man’s Journey to Find Incredible Recipes, Standout Pitmasters, and the Stories Behind Them

This book is like a cross-country barbecue road trip because its recipe collection was gathered from pitmasters whom author Ed Randolph met during his travels with Handsome Devil BBQ. Each short chapter features a pitmaster along with the recipes each provided for the book. These days, the boundaries of barbecue traditions are being blurred, as evidenced here by the beef rib recipe from South Carolina and smoked tri-tip from Austin. A smoked lamb belly banh mi from Brooklyn and brisket benedict in Los Angeles show us what might become new barbecue classics.

Most intriguing recipe: Korean ribs. Robert Cho of Kimchi Smoke in Westwood, New Jersey, adds ginger and Korean red pepper to his rub, and the sauce is a mix of gochujang, soy sauce, mirin, sesame oil, and honey.

Rather than simply providing rub and sauce recipes, or a hardwood recommendation, Levin gets into the science of ingredients. The various qualities of sweeteners, herbs, and seasonings—including wood smoke—are discussed alongside in-depth facts about meat science. Both cold and hot smoking are discussed, and plans for a backyard smokehouse are included. The one photo of smoked brisket looks oddly chilled, but beyond that the recipes are well-written, and processes like sausage making are explained clearly.

Most intriguing recipe: Miso-Honey Bacon. I’d like to see how a bit of funk from miso and a sweetener not often used in bacon combine in an otherwise classic cured and smoked bacon.

Smokelore: A Short History of Barbecue in America

Auchmutey helped curate the Barbecue Nation exhibit at the Atlanta History Center last year. This book could be seen as a companion piece to that. It dives much deeper than a museum can into the history of American barbecue. The research is most evident where the book covers the many styles of barbecue in the country. Rather than glossing over the question of African-American contributions to barbecue, the book takes a chapter to study the sometimes racist history of barbecue and the influence of the enslaved pitmasters on the way we eat today.

Most intriguing recipe: “An Hog barbecued, or broil’d whole.” Pulled from The Country Housewife, dating from 1732, it’s thought to be the first published recipe for barbecue.

Thank You for Smoking: Fun and Fearless Recipes Cooked With a Whiff of Wood Fire on Your Grill or Smoker

This book will test your imagination when it comes to what items are meant to take smoke flavor. Disbrowe, who covered all things grilled in last year’s Any Night Grilling, takes on just about any form of smoked food you could imagine. Pickled jalapeños, grains, nuts, cocktails—as well as meats—feature in the multitude of recipes. (Thankfully none of them involve liquid smoke.) You could create a full barbecue restaurant menu from the book’s dishes, including pinto beans, smoked potato salad, a whole smoked turkey, and smoked apple pie.

Most intriguing recipe: Cross-cut short ribs. Giant smoked short ribs can be found all over Texas, but taking the same cut and slicing it thinly across the bone can provide for a quicker cook with more flavor. 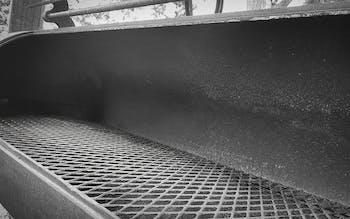