Barbecue is always the headliner on TMBBQ, and every week you’ll find a new line-up of barbecue news. There are barbecue joints and pitmasters that manage to keep themselves perpetually newsworthy, and some stories are just more impactful than others. Looking back over the past year, we’ve collected and ranked the biggest newsmakers in Texas barbecue for 2014.

1. La Barbecue in Austin…and Charleston: Back in May they were named as the best barbecue in Austin by two well-respected food critics, Mike Sutter and Matthew Odam. They moved their trailer to a new spot on Caesar Chavez before announcing that a new brick-and-mortar joint in South Austin is in the works. Pitmaster John Lewis took home first place in brisket in a local barbecue competition and was featured in a commercial for Sun Country beef jerky. Those were all newsworthy, but none compared to the culture-shifting announcement that John Lewis was opening a Texas style barbecue joint outside of Texas. He didn’t pick one of the country’s biggest cities starving for good barbecue. Instead he set his target squarely on a land rich in barbecue tradition that was long ago conquered by pork. Lewis Barbecue will open in Charleston, South Carolina in the spring of 2015. 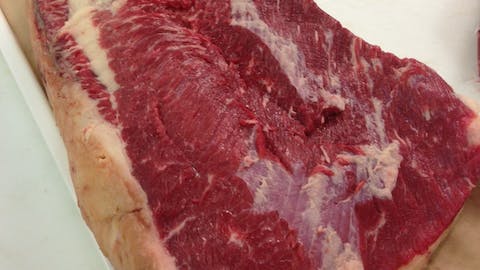 2. Record High Brisket Prices: When 2013 was winding down, the average wholesale cost for a whole, choice grade brisket was $2.07 per pound. This week it has risen nearly 63% since then to $3.37 per pound. Beef prices are up on the whole thanks to severe drought and falling numbers of cattle on the market, but the rise is brisket has far outpaced the overall cost. That was partly to blame on the explosion of popularity of smoked brisker across the country, and specifically at the fast food restaurant Arby’s. This has tightened profit margins at Texas barbecue joints and has led to more emphasis on non-brisket options like pork and poultry on many menus to balance the cost.

3. Legendary Barbecue Joints Branch Out: Both Southside Market in Elgin and Kreuz Market in Lockhart waited more than a hundred years to open a second location, but both were announced this year. Southside Market in Bastrop is already open while the new Kreuz Market in Bryan is under construction. No family was more aggressive with growth that the Blacks family in Lockhart. They went from one to four locations after opening Black’s BBQ in Austin, Terry Black’s BBQ also in Austin, and Kent Black’s BBQ in San Marcos. Not to be outdone, Louie Mueller Barbecue in Taylor will expand to Houston next year. 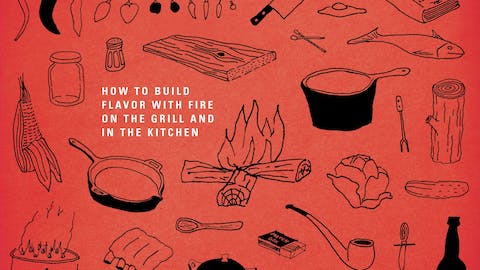 4. Tim Byres, Renaissance Man: The chef of several Dallas restaurants including Smoke, Byres has many other talents. His book Smoke: New Firewood Cooking won a James Beard award in May, a new location of Smoke (the restaurant) should open in Plano within the next few days, and in September he traveled to Kyrgystan as an official culinary ambassador  of the U.S. State Department.

5. Killen’s Barbecue Takes Houston by Storm: Since opening its doors in February, Killen’s Barbecue in Pearland has become the darling of the local food media and has gained plenty of attention from around the country as well. Ronnie Killen has done double duty working both the pits and his PR machine to perfection. TMBBQ gave him a very high rating in July, the Houston Press called them the best barbecue in town, it was named the #3 best new restaurant by Houstonia magazine, then Killen’s got a rare four star rating from Alison Cook at the Houston Chronicle. That was all topped after Cook released her much anticipated list of the 100 best restaurants of any category in the entire metro area. Killen’s Barbecue was ranked at #3 ahead of famous names like Underbelly, Hugo’s, and Reef.

6. The Wall Street Journal Visits Austin: Last month, Adam H. Graham penned an article for the Wall Street Journal about Austin’s barbecue scene entitled  Austin, the Best New Barbecue Destination. There was high praise given to Micklethwait Craft Meats and The Salt Lick, but it will be remembered only for comically praising Franklin Barbecue’s very-much-boneless brisket that somehow “literally fell off the bone” according to the original version of the story. It has since been edited online, and a correction was issued that states “Beef brisket is served boneless at Franklin Barbecue in Austin, Texas. An earlier version of this article said it had a bone.”

7. Texas Barbecue Goes International: American style barbecue in the UK has been around for some time, but Texas barbecue popped up in some previously unlikely locales this year. France, Austria, Germany, Ukraine, and The Netherlands all jumped on the bandwagon in Europe. Asia got some new barbecue in Seoul and Singapore, and Tel-Aviv is representing in the Middle East. Closer to home a new joint popped up north of the border, and another south of the border. Texas barbecue quickly gained popularity in Australia, so quickly that one journalist even wondered when the trend would end. 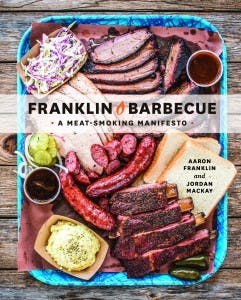 8. Aaron Franklin Builds an Empire: Us Texans all know about the long line (it got its own Twitter account) and the incredible brisket from Franklin Barbecue in Austin, but this year it was discovered by a President, a filmmaker, and a few cameramen. Franklin and PBS filmed a television show they created together, Franklin announced his new book that’ll be released in April, and a new series of YouTube videos are coming for the popular BBQ with Franklin web series. He did all this while feeding lots of hungry barbecue fans and adding onto the restaurant at the same time.

9. Dickey’s BBQ Poisons a Patron: Jan Harding spent two weeks in the hospital after drinking lye-laced iced tea from a Dickey’s Barbecue in Utah back in August. Thankfully, she’s now healthy and just received a settlement from Dickey’s for the incident.

10. Pecan Lodge Makes the Most of a Move: Justin and Diane Fourton began the year as a tenant within the Dallas Farmers Market. In May they moved Pecan Lodge into new digs in the Deep Ellum Neighborhood of Dallas where they now do around four times the business they did in their old location. The move prompted the release of a lengthy profile of the Fourtons by D Magazine (which even had a published back story), and a feature on Eater.

11. New Barbecue Journalists: Barbecue-centric jobs in journalism keep popping up. The Houston Chronicle announced that J.C. Reid would become their weekly barbecue columnist in April. Whitney Filloon began a regular Smoked column for Eater profiling barbecue joints, and Eater’s national restaurant critic, Bill Addison, also made it a point to review barbecue joints during his visits to Dallas, Houston, and Austin in his journey to find the best restaurants in the country. Then, just last month, Southern Living magazine announced that barbecue historian Robert F. Moss was their new barbecue editor. Welcome to the party.