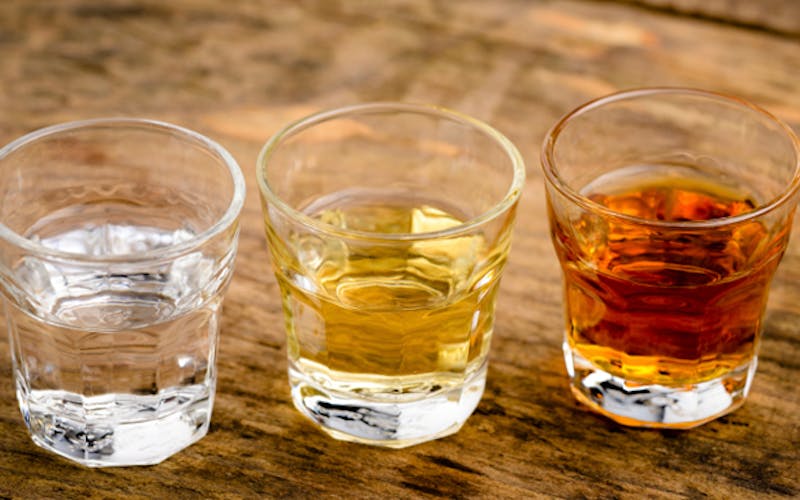 Tequila, made from blue agave plants grown in Mexico, is distilled there too, but Texans have long enjoyed the potent elixir, both in myriad cocktail concoctions (margaritas, anyone?) and, for the no-nonsense crowd, as a straight-up shot.

Tequila is the star of the classic margarita. For too many, the standards of one of our most beloved mixed drinks have been so “eroded by bars and restaurants offering insipid, wishy-washy drinks, that no one remembers what a real margarita tastes like.” Forget the sweeteners and adulterating additions: according to a 1979 piece by executive editor Mimi Swartz, “margaritas are supposed to be strong; you’re supposed to taste the tequila.” In fact, in our recommended “classic margarita” recipe, taken from Diana Kennedy’s cookbook The Cuisines of Mexico, the perfect ratio is 1 part tequila to 1 part mixings (which should only be triple sec and fresh-squeezed limes).