Why John Cornyn Would Want to be FBI Director

As the second highest ranking member of the U.S. Senate, John Cornyn holds routine conference calls with the media to answer public policy questions. And while these conversations are typically a policy wonk’s dream, a recent conference call took many by surprise when, in response to a question, the majority whip expressed his support for the recovery of pop diva Demi Lovato—then went on to talk about the tragedy of opioid addiction. The 25-year-old Lovato, who grew up in Dallas, had been celebrating six years of sobriety when she was hospitalized with a drug overdose last month. After being released from a Los Angeles hospital Tuesday, she immediately entered rehab, according to news reports.

“I know this is something she’s been struggling with for a long time and I’ve admired her courage in talking about this publicly,” Cornyn said. “And of course in her profession, almost everything you do is public, and it must make things especially difficult,” Cornyn said.

The “Confident” singer, who describes herself as bipolar, met Cornyn in October 2015 on a congressional tour with mental health advocates to help reduce the stigma of mental illness. Cornyn did not know who she was before the meeting and said he listened to her music on YouTube after talking to her, adding that he was impressed with her. And while it has not been revealed what type of drug she overdosed on, she seems to have made an impression on Cornyn when it comes to opioid awareness.

Congratulations to @ddlovato for using her celebrity to advance the treatment of mental illness pic.twitter.com/SAyUQ3N8vH

“The opioid crisis is real—it’s not something that you experience once and can walk away from, because the addiction lasts,” said Cornyn. “People need not only the appropriate medication to wean themselves from the opioid—they also need counseling and they need wrap-around services so that people can recover,” said Cornyn. “We also know that many people who self-medicate have underlying problems, mental health problems.”

Lovato, who got her entertainment start on the hit children’s TV show “Barney,” has struggled with drug addiction for many years and made her first public pronouncement since her recent overdose on her Instagram account this week. “I have always been transparent about my journey with addiction,” her account said. “What I’ve learned is that this illness is not something that disappears or fades with time.”

Cornyn, showing an appreciation for how widespread the opioid abuse has become, said,  “This unfortunately touches every family in the country, and it is a big concern.” The number two Senate Republican said he hoped that the Senate, which is taking a short summer recess, will be able by the end of August to move “another major piece of opioid legislation,” which both House and Senate lawmakers are poised to approve. Meanwhile, U.S. Attorney General Jeff Sessions has announced Operation Synthetic Opioid Surge (S.O.S.), which sends an additional assistant U.S. attorney to ten regions around the country, but none in Texas, where deaths from opioid overdoses are highest.

In addition to sending prayers to Lovato and her family, the normally taciturn lawmaker said, “I’ve been watching from a distance and thinking about her, her recovery, and [I] certainly want to wish her well.”

Why John Cornyn Would Want to be FBI Director 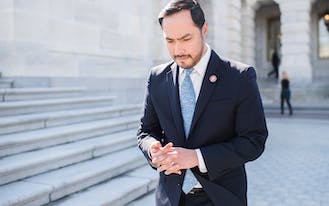 Joaquin Castro Says ‘No’ to Senate Run Against John Cornyn 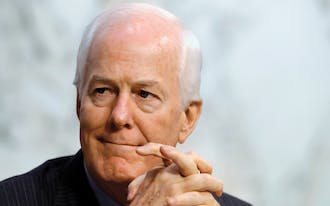 Flush With Cash, Senator John Cornyn Is Daring Democrats to Challenge Him 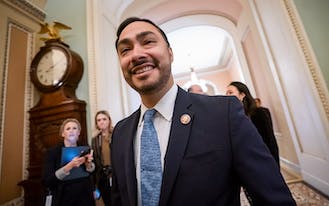