“To reach Dallas, Texas, I had to cross the ocean and enter the New World.” – Christian Dior

In 1947, French couturier Dior took his first intercontinental voyage, at the invitation of Dallas retail icon Stanley Marcus, to accept a Neiman Marcus Award for Distinguished Service in the Field of Fashion, an annual honor Marcus had established in 1938. Printed artifacts and correspondence from that visit are among the five hundred objects on display in the Dallas Museum of Art’s presentation of “Dior: From Paris to the World,” the first major U.S. retrospective of the fashion house. They make for a nice nod to us locals—but we came for the clothes, the sprawling feast of gorgeous, glorious clothes.

When you enter the exhibit (after queuing up to have your timed ticket scanned and being forcefully advised to watch your step,) the first batch of dresses displayed are all black, insisting that you focus on the silhouettes. It’s a fitting start, since it was a silhouette, the New Look, that put Dior on the map and launched the full-skirted style of the postwar era. Dior accomplished that with his first collection, and Marcus gave him the award only months later. Marcus had an eye for these things, to say the least. The show goes on to cover all the creative directors who have succeeded Mr. Dior at the house.

The DMA’s third fashion exhibition—following shows dedicated to Jean Paul Gaultier and Iris van Herpen—is clearly its most ambitious. A prestigious architect, Shohei Shigematsu of OMA New York, designed the interior buildout, which makes great use of vertical space, especially the vast Barrel Vault. Fashion exhibits have become reliable hits for art museums. The Denver Art Museum launched this one, but Dallas plussed it up with thirty additional looks. While general admission to the DMA is always free, special exhibitions such as this require tickets, and Dior has sold out daily since its opening in mid-May.

It’s no wonder. I’ve worked in fashion media most of my career, and I’ve never laid eyes on this much haute couture, which represents the pinnacle of craft in fashion.

The show’s one flaw is that it’s too commercial. We don’t need a museum to show us contemporary stars wearing Dior on the red carpet. We have the E! network for that. Nor do we need to see the breadth of Dior’s merchandising—shoes, sunglasses, fragrances… There’s a Dior store in Highland Park Village if that’s your bag.

The show encompasses some of what we now call cultural appropriation, especially in the elaborate costumes of the John Galliano era. It’s important to examine this practice, which might (and should) make you uncomfortable. Go anyway, and bring someone who loves clothes. This one is a real treat.

Tickets for Dior: From Paris to the World can be purchased in advance here. Because of the popularity of the exhibition, all tickets are timed. The Tuesday–Thursday weekday ticket price for adults is $20; Friday–Sunday, $25. 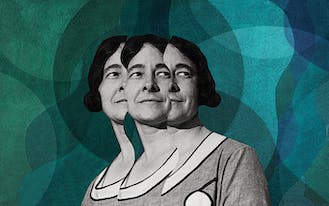 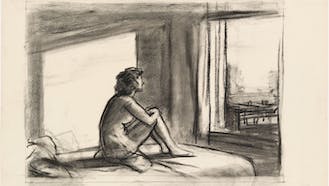 By Texas Monthly and Michael Hoinski