“We, therefore, the delegates with plenary powers of the people of Texas, in solemn convention assembled, appealing to a candid world for the necessities of our condition, do hereby resolve and declare, that our political connection with the Mexican nation has forever ended, and that the people of Texas do now constitute a free, Sovereign, and independent republic, and are fully invested with all the rights and attributes which properly belong to independent nations; and, conscious of the rectitude of our intentions, we fearlessly and confidently commit the issue to the decision of the Supreme arbiter of the destinies of nations.”

—The Texas Declaration of Independence, which was signed 181 years ago today.* 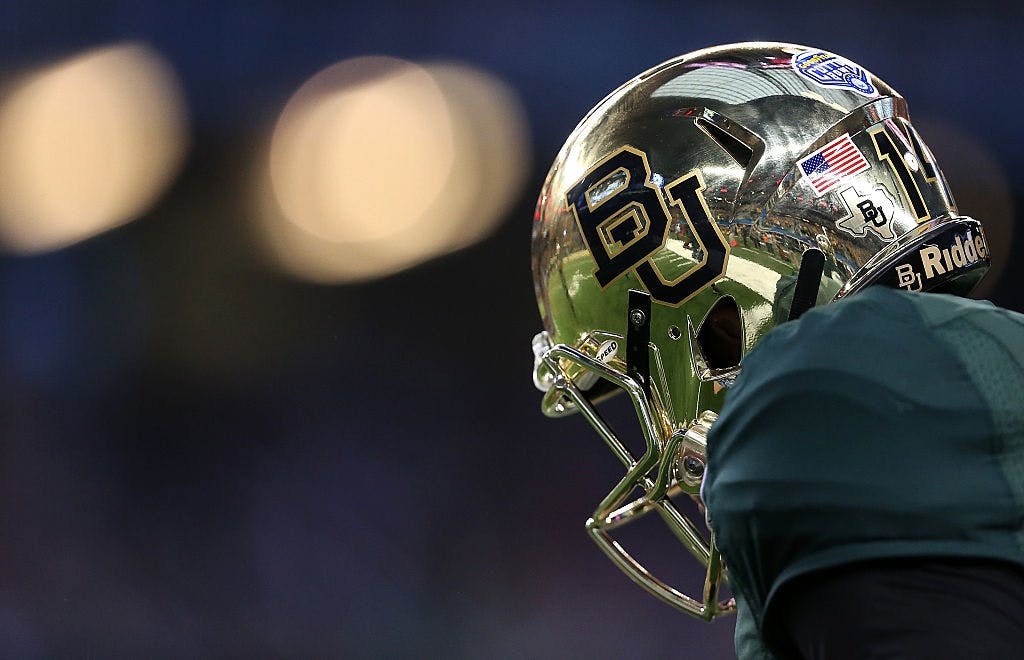 State Probe
The Texas Rangers confirmed on Wednesday that they’re opening a preliminary investigation into Baylor’s sexual assault scandal, according to ESPN. Just a few days ago a group of Texas state representatives called on the agency to open a criminal investigation, and last week State Representative Roland Gutierrez—a Democrat representing San Antonio—filed a resolution last week calling for action that was supported by several other state lawmakers. “What has happened here in Waco, what happened at Baylor, is so far different from any university in the state,” Gutierrez told ESPN. “We can’t stop bad things from happening, but we sure as hell can demand accountability. We sure as hell can demand that people protect our children.” Last year a report by independent law firm Pepper Hamilton found that Baylor completely failed to properly handle and investigate allegations of sexual assault, particularly allegations made against football players. The full report, however, has never been released to the public. On Wednesday, McLennan County District Attorney Abel Reyna told ESPN that he has asked Baylor’s general counsel to turn over the material the law firm used to make its report so the Rangers can review it. The university said in a statement that it would cooperate with investigators, according to the Dallas Morning News. There aren’t many details available about specifics of the Rangers’s investigation, but it’s worth noting that we are now approaching the two-year mark since the university’s sexual assault scandal first broke.

Staying Put
The University of Texas System’s hopes and dreams of building an expansion campus in Houston are dead. The ambitious plan was dashed, perhaps, by pure hubris, according to the Austin American-Statesman, after Chancellor Bill McRaven drew the ire of state lawmakers for failing to check with them before purchasing a 300-acre plot in H-Town. In a press release, McRaven said the heated debate over the proposed expansion ultimately made it more trouble than it was worth. “I accept full responsibility for the lack of progress on this initiative,” McRaven said in a memo to Regents’ Chairman Paul Foster. “I am grateful to the Regents, my system staff and the university presidents for their engagement over the last year.” One Texas university system’s loss is another Texas university system’s gain. McRaven’s land purchase immediately raised concerns among University of Houston supporters, who understandably worried the expansion would mark an invasion of UH territory. University of Houston President Renu Khator may have thrown some shade toward UT following McRaven’s announcement that the expansion plan was DOA on Wednesday, which coincided with “UH Day at the Capitol.” “It was a very special UH Day at the Capital [sic] today,” Khator tweeted. “Thank you Cougars!” Subtweet? Possibly.

Family Matters
Barbara Pierce Bush, the daughter of former president and current portraiture artist George W. Bush, gave a speech in support of Planned Parenthood on Wednesday. That could come as a surprise to some folks considering her father’s strong opposition to abortion in particular, but the younger Bush was resolute. “I am very proud to stand with Planned Parenthood,” Barbara told a crowd of about a thousand at an annual Planned Parenthood luncheon in downtown Fort Worth on Wednesday, according to the Fort Worth Star-Telegram. “I am proud to stand with Planned Parenthood not only because women, regardless of where they are from, deserve to live dignified, healthy lives, [but]… because it’s a really good investment. We know that when women are healthy, their families and their children are healthier too.” Bush didn’t talk much about politics during the speech, but she did note that after the presidential election last November, the work Planned Parenthood does “could not matter more.”

And Many More
Today is Texas’s birthday, so to speak, and the Lone Star State is turning 180. Only a Texas-sized cake could fit that many candles. It seems like yesterday that Texas was just a little baby state—how time flies! According to the Texas State Historical Association, today is Texas Independence Day, celebrating the signing of the Texas Declaration of Independence, framed and issued by a committee during the Convention of 1836 at Washington-on-the-Brazos. The declaration expressed grievances against our state’s Mexican rulers, alleging the Mexican government had been “the contemptible sport and victim of successive military revolutions and hath continually exhibited every characteristic of a weak, corrupt, and tyrannical government.” Times were tough back then (can you imagine life in Texas before Topo Chico and DJ Screw?), and Texans just wanted to do their own thing. In that respect, at least, things really haven’t changed. So be sure cook up some chili and pour out a Lone Star in memoriam of our founding fathers today.

Hillary Clinton is coming to Houston in April Texas Tribune

Correction: A previous version of this article misstated that the Texas Declaration of Independence was signed 180 years ago. We regret the error.