It’s been a busy and exciting year here at Texas Monthly, and that’s meant no shortage of incredible longform. We’ve put together some of our favorite and most-read stories of the year below, listed in no particular order. Whether it’s Skip Hollandsworth on the beautiful and tragic friendship of two girls at Santa Fe high school; Michael Mooney on Fox News fixture Robert Jeffress; Mimi Swartz’s meditation on love and the lessons in caring for her late father’s dog; Leif Reigstad on the twisted world of Joe Exotic, the “tiger king”; Eric Benson on the man behind the Buc-ee’s empire, or any of the others below, there’s something here to make you laugh or cry or just want to nestle a little deeper into the cushions.

You can also check out nineteen moments that shaped Texas in 2019, our favorite films of 2019, Texan actors’ best performances of the year, the best of Texas music from 2019, or, if you’re feeling masochistic, take a stroll through the last decade’s ten worst years in politics. Enjoy!

Beaver Aplin built the quirky convenience chain into a Texas empire. Will his tactics translate outside the state?

Sabika Sheikh, a Muslim exchange student from Pakistan with dreams of changing the world, struck up an unlikely friendship with an evangelical Christian girl. The two became inseparable—until the day a fellow student opened fire.

He called himself the Tiger King and plastered his face on highway billboards in Texas and Oklahoma. He bred big cats, bears, baboons, and more. He lived, with a parade of partners, on the grounds of his private zoo. He threatened a rival with murder—repeatedly, on YouTube—and tried to hire a hit man to do the deed.

Last September, law enforcement officers were confounded by a murderer targeting prostitutes along the border. As the investigation intensified, they discovered that the killer had been hiding in plain sight.

While driving through a dangerous curve in East Texas, James Fulton crossed into oncoming traffic and killed a young woman. The cops said the crash was an accident. But the Smith County DA saw it differently.

Though some will reap serious profits, the region’s dealing with skyrocketing rents, overcrowded schools, and potholes as big as VW Beetles.

No matter how incendiary his latest tweet or policy might seem, Donald Trump can count on evangelical preacher and Fox News fixture Robert Jeffress to defend him. What’s behind the Dallas pastor’s unconditional embrace?

Bobby Bones Is Just Getting Started

The unlikely rise (and rise, and rise) of the most powerful man in country music.

It took only a handful of people to wrongly convict Ed Ates of murder. It took an army to free him from prison. Now comes the hard part.

Fifty years after man walked on the Moon, mankind is still stranded on Earth. That’s not the way it was supposed to be. 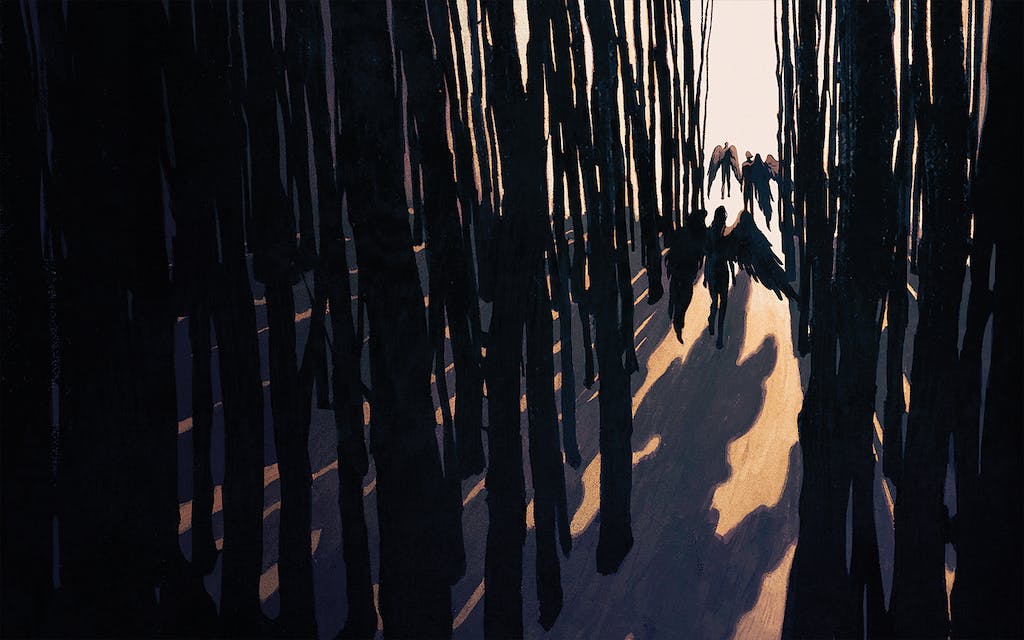 Twenty years ago my hometown made national headlines when the local college staged an internationally acclaimed play about gay men and the AIDS crisis. The people I grew up with are still feeling the aftershocks.

Every weekend, scores of bachelorette parties flock to the Texas capital in search of cute murals, dressed-up cocktails, and the perfect Instagram. But the new tourism also reveals something deeper about the city’s socioeconomic reality.

The legalization of camping and sidewalk sleeping has stirred a backlash that obscures the progress some Texas cities have made in steering the homeless off the streets.

Treatments for chronic Lyme disease are controversial and expensive. As a last resort, some patients are pursuing this unproven and painful alternative.

Could a Loud, Rich, and Scandal-Prone Personal Injury Lawyer Win Control of Houston?

Tony Buzbee knows how to win big in court. In the era of Trump, he might just win the Houston mayoral race.

My father always pampered his pets. So when he fell ill and moved in with us, it was no surprise that his corgi came to rule our home. What I didn’t expect was for Trilby to care for me after Dad was gone.

A decade ago, there was no Texas whiskey. Today, the state’s craft distillers are making world-class bourbons and single malts—and slick imitators are trying to stake a claim.

While a new generation of scholars is correcting the historical record, supporters of the traditional narratives are fighting to keep their grip on the public imagination.

The outspoken congressman left a promising career in the CIA and became a rising Republican star. But his political balancing act is dicier than ever.

Not many people will drive the mail to places the U.S. Postal Service won’t. Seventy-one-year-old Gilbert Lujan is one of them.

The Best Texas Monthly Longform of 2018

Catch Up on the Best Texas Monthly Longform from 2017