Over the years, I’ve logged quite a few miles driving around Texas. And while there’s nothing like the thrill of setting off down a road I’ve never traveled before (and there are still plenty of those left), there are certain routes I’ve traversed so often I’ve memorized the gravel’s every hiccup. One such stretch lies between northwest Austin, where I live, and west Fort Worth, where I’m from. Although I-35 is a more direct shot (and does have its notable roadside stops), I much prefer the bucolic, mostly two-lane “back way,” the heart of which runs from 281, near Lampasas, up to 67, through Glen Rose. And no small reason for that is because I get to pass through Hico.

Situated at the crossroads of three highways (281, 6, and 220), the town is small enough (pop. 1500) to boast the motto “Where everybody is somebody,” but robust enough to draw attention as a mini six-man football mecca, as the host of the annual Texas Steak Cookoff, and as the longtime (and contentiously debated) hideout of Billy the Kid. Hico’s also got more than a few good places to stop and stretch your legs, fill your stomach, or empty your wallet, and when I passed through again last week, I happily did all three. Here, a few of my favorite spots.

Blue Star Trading Co.…for browsing the wares in the extensive showroom downstairs (everything from hunting gear to handmade pottery) and the historical documents and photographs (and original post office boxes!) on display upstairs.

Eis Ice Cream and Sandwiches…for sandwiches served on fresh bread from Sulak’s Czech Bakery and all manner of locally sourced snacks and sweets.

Sugar Moon Antiques…for a mix of finds old and new and an extensive line of women’s flax clothing.

Wiseman House Chocolates…for handmade truffles, beautiful bonbons, and better-than-Grandma’s almond toffee, which are so good they won’t all make it to your final destination.

And, if you decide to stay longer than an afternoon—which you well may do to explore Langston’s Crossing, the Bosque River dinosaur tracks, Dinosaur Valley State Park, and other nearby landmarks—consider checking in to the Upstairs Inn, a three-room hideaway above sister businesses Eis’s and the Drink Shoppe. 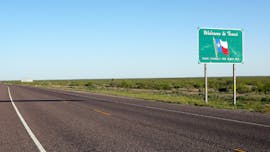 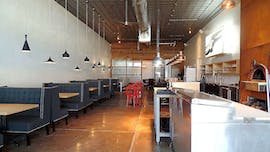 Just Back From: Coleman 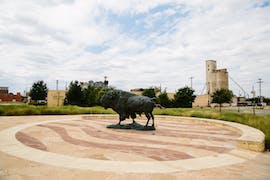 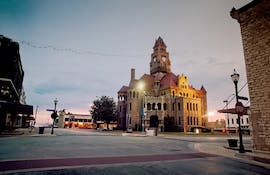