Contrary to popular opinion, Willie Nelson was not the inaugural performer to play Austin City Limits, the longest-running music program in television history, first filmed in October 1974 and still going strong 42 years later. That distinction belonged to B.W. “Buckwheat” Stevenson whose song “My Maria” reached number nine on the Billboard Hot 100 the year before (and in 1996 was covered by Brooks & Dunn). Stevenson was a bigger deal at that point than Nelson, who was a Nashville songwriter new to Austin, where he was trying to evolve into a singer-songwriter.

The idea for the show’s pilot was to feature two musicians each playing a thirty-minute set. They would film Stevenson one night and Nelson the following night, and then stitch both pieces together. Bleachers were set behind the stage, and around 150 people were needed to fill them, plus an ample number for the audience in front of the stage. But the first night wasn’t promoted well. The show was a new concept. People didn’t understand it, and the turnout was poor.

The next day, organizers got out and beat the drum to get warm bodies to come to studio 6A over in the Communications Building on the University of Texas campus for Nelson’s taping. Success. The Stevenson set was subsequently scrapped, and Nelson went on to be forever linked to Austin City Limits, with a statue of him on a street named after him outside of the show’s new performance space, the Moody Theater. 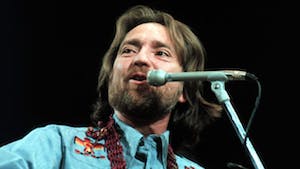 A Song for You, which premiered this year at South by Southwest, will enjoy a reprise screening on Thursday at the Bullock Texas State History Museum, in Austin, as part of an Indiegogo campaign hosted by the Austin Film Society.

Distilling forty years of history into a feature-length movie proved to be such a hurdle that some of the best details didn’t make the cut, like the Buckwheat nugget. The challenge to contextualize the story of Austin City Limits was perhaps why producers of the television show had trouble finding the right person to make it. Prior to 2014, the fortieth year of the program, they conceived of the idea to make a movie to celebrate the milestone and began looking at music documentarians but hit a roadblock. They reached out to the national office of PBS, the broadcaster that hosts the show, for help.

PBS had flirted with Maitland before. He had recently pitched them on a documentary he was working on about the 1966 mass shooting on the University of Texas at Austin campus. Maitland, a graduate of UT, had been enamored with that sad piece of history since it was brought to his attention by a high school teacher of his in Plano, who had been there that fateful day. Once he read Pamela Colloff’s 2006 Texas Monthly story “96 Minutes,” he knew he had to make it into a movie, and Tower was born. (Colloff was an executive producer.)

Maitland began Tower in earnest in 2012 and worked on it in tandem with A Song for You from roughly 2014 to 2016. Tower also premiered at this past SXSW. (The Museum of Fine Arts, Houston is hosting screenings on December 8, 10, and 11.) Were it not for his pursuit of making Tower, Maitland may have never caught the attention of PBS, who referred him to Terry Lickona, the longtime executive producer of Austin City Limits.

“Terry brought me in for the first interview, and what I told him was, ‘I’ve basically snuck backstage at every concert I’ve gone to since I was fifteen years old,’” Maitland said. “I’m just one of those people that when there’s a door that says ‘Do Not Enter,’ I have to know what’s happening on the other side of that door. I wanted to bring that energy and that approach to telling the story. I wanted to see the behind-the-scenes process of the show and alternate between a backstage pass and a front row seat.” 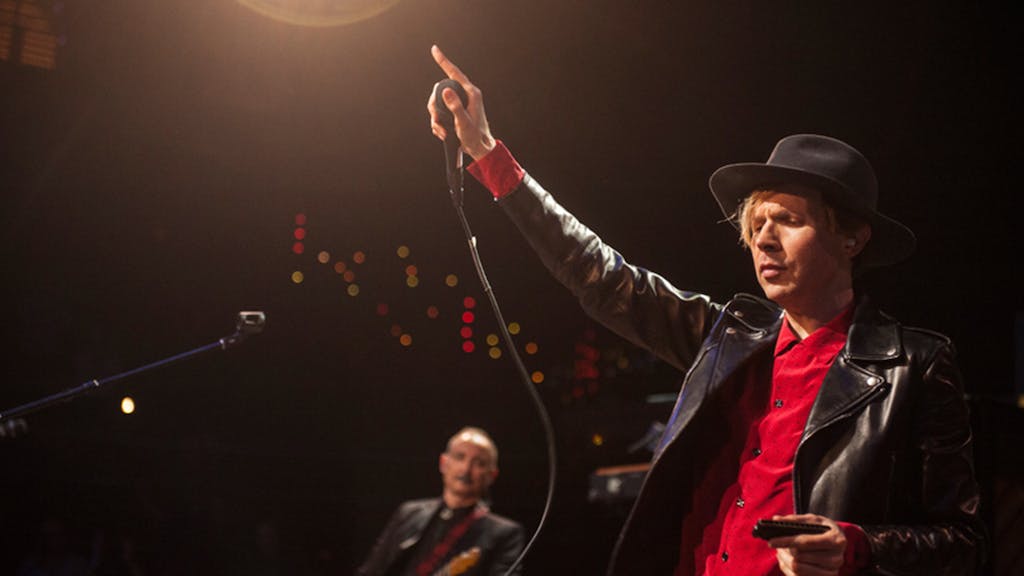 A Song for You, named after the Leon Russell composition, includes interviews Maitland conducted with musicians who had taped episodes during the show’s fortieth season, in 2014. Maitland discovered his knack for reporting as a teenager, when he figured out how to get total access. He would call music venues in advance and request an interview with musicians, telling them it was for his high school newspaper. Tickets were typically free, and he could get backstage. Except he wasn’t who he said he was—an actual print journalist—and Tim DeLaughter of the Polyphonic Spree (at that time, he was fronting Tripping Daisy), called him out on it. “You’ve interviewed me, like, five times, but I’ve never seen the articles,” Maitland recounted.

In a nice little twist, DeLaughter was one of the subjects of Maitland’s interviews in A Song for You. After talking to around fifty musicians, Maitland realized that many of today’s acts grew up watching Austin City Limits, and it became one of their main influences. Jeff Tweedy, from Wilco, explained that the show was like “destination viewing” for him. He grew up in a small town in Illinois where touring bands didn’t stop. But once a week all of the great Americana, country, rock and roll, and blues artists would come right into his living room. The guys from the Black Keys told Maitland about recording VHS tapes of Austin City Limits episodes when they were kids and watching them over and over again.

“Black Francis, from the Pixies, says that whenever he visits his mom they put in the tape of Leonard Cohen, from 1989, because his mother loves Leonard Cohen,” Maitland said. “Stylistically, it’s hard to imagine a wider range between Leonard Cohen and the Pixies, and yet ACL has become this great bonding opportunity for him and his mom.”

These interviews along with some archival bits featuring Merle Haggard, Loretta Lynn, Ray Charles, Dolly Parton, and Lightnin’ Hopkins are coupled with original footage of live performances from season forty, shot from the perspective of a couple of fans in the audience. Holding small documentary cameras that were jostled about because of all the crowd action, they captured audience members as well as the show’s own camera operators. For Maitland, highlighting the crew was key to cementing Austin City Limits’ history: the “new guys” have been there fifteen or twenty years, and the veterans include some who worked on the pilot episode. 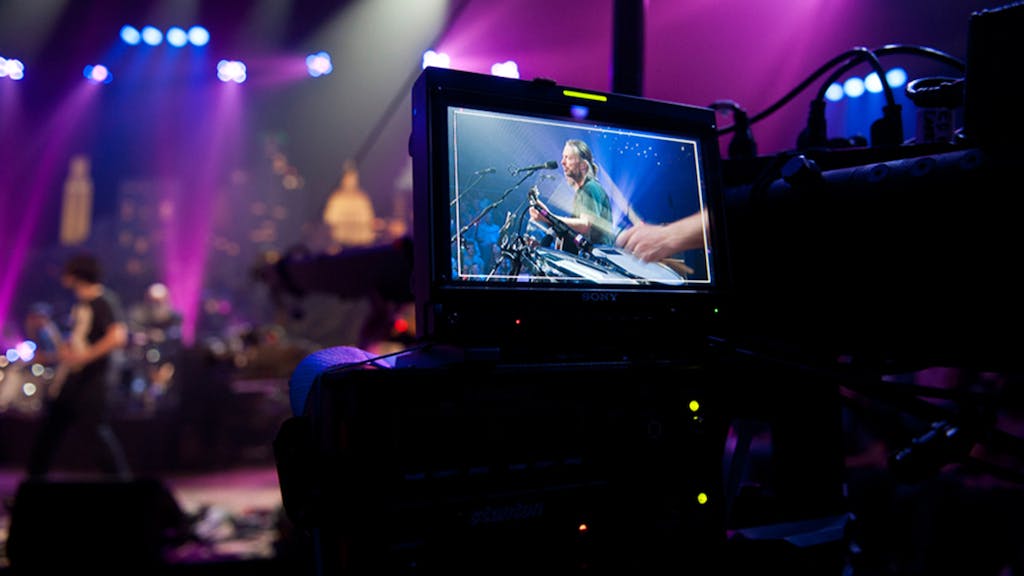 From a performance aspect, Maitland was inspired by such music documentaries as The Last Waltz, about The Band, and Stop Making Sense, about the Talking Heads. From a narrative standpoint, Shut Up and Play the Hits, about LCD Soundsystem, and Spinal Tap, about, well, Spinal Tap, were influential. Maitland made A Song for You with the same team as Tower, including his wife, the cinematographer Sarah Wilson (who is also a contributing photographer for Texas Monthly). The final product illustrates Austin City Limits’ excellence at curating exceptional musical moments across a wide spectrum of genres, from up-and-comers to living legends, all the while preserving a Texas aesthetic. And it totally rocks.

AUSTIN
From Shred to Strum
Austin musician Gary Clark Jr. is the future of the blues, with his singular electric-guitar-playing style that earned him a spot opening for the Rolling Stones and playing for President Barack Obama at the White House. But next week Clark will put down the axe for the acoustic at three hometown shows, tickets to which are still available on Craigslist.
Paramount Theatre, December 4, 5 & 6, 8 p.m., garyclarkjr.com

DALLAS / AUSTIN / EL PASO
A Little Brooding
My Jerusalem is a prime example of what is great about South by Southwest. The Austin rock band’s first legit show was an 11:05 p.m. showcase during the annual music conference in 2009, and from there the records and recognition quickly followed. Now the group is touring behind its third full-length album, A Little Death, an appropriately dark take on the passing of lead singer Jeff Klein’s mother.
Various locations, December 6, 7 & 9, thisismyjerusalem.com

DALLAS
Ice Breaker
We’ve come to appreciate Johnny Weir as the delightfully flamboyant television skating analyst with the over-the-top outfits, but his performance at the Galleria Dallas’s Macy’s Grand Tree Celebration ought to remind us of his former life as an Olympic skating star himself.
Galleria, December 3, 6 p.m., galleriaiceskatingcenter.com

HOUSTON
First-Class Art
In Texas Monthly’s 2012 article “Portrait of the Artist as a Postman,” Kermit Oliver, of Waco, was outed as the only American designer of scarves for the prestigious French label Hermès. During his show at Hooks-Epstein Galleries, see the types of paintings that inspired the apparel, which in turn prompted the new National Museum of African American History and Culture, in Washington, D.C., to include Oliver’s work in its collection.
Hooks-Epstein Galleries, December 3 to January 7, hooksepsteingalleries.com

SAN ANTONIO
Wrap Party
There is a Mexican tradition of tamale parties, called tamaladas, during which the entire family forms an assembly line, stuffing and wrapping tamales to give as Christmas presents. If that seems like too daunting a proposition during the hectic holidays, then consider attending Tamales at Pearl, the annual celebration featuring more than forty tamale vendors, where all that’s required is a big appetite.
Pearl, December 3, 12 p.m., atpearl.com/happenings/tamales

Find Your Moment (or Hours) of Zen at a Japanese Garden