Mustard didn’t come anywhere near the potato salads of my youth. Chopped celery and mayo dominated those recipes, and the only pickle flavor might be in the form of some of the salty juice. The standard Ohio salad dressing—be it for iceberg lettuce, slaw, or potatoes—was mayonnaise, sugar, and vinegar (sometimes in the form of pickle juice). That’s still what I use to whip up a batch of quick chicken salad, but it just doesn’t taste right on potatoes anymore.

My spud salad preferences have steadily shifted since moving to Texas and taking up a barbecue habit. I’ve come to expect yellow versions flecked with pickle chunks, the mustard color lightly tempered by mayonnaise. The acidity makes it less soothing than a straight-mayo version, but the flavor of mustard and pickles just goes so well with barbecue.

Still, I’m not suggesting that there’s a uniform potato salad recipe across the state’s barbecue joints. Baker’s Ribs does their famous dill version with mayo. Austin’s in Eagle Lake offers both mustard and mayo-based versions—both mashed nearly into a paste. And at Meshack’s in Garland the potato salad is so sweet is could double as a dessert. There are plenty of variations out there, but the mustard/mayo/pickle variety is the one I find most often. 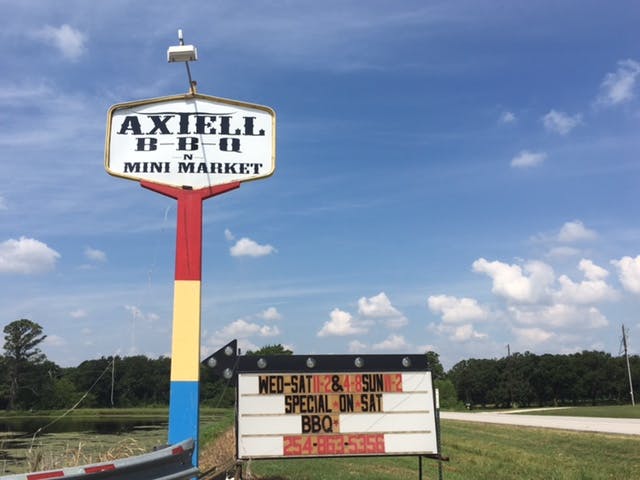 I was reminded of how good this simple side could be during a recent visit to Axtell BBQ, northeast of Waco. The barbecue was good, but more memorable was the yellow scoop of potato salad, which was perfect. If a master catalog of Texas barbecue recipes were to be collected for posterity, Axtell’s owner Cornel Marton will need to give up his recipe.

Marton—who owns Axtell BBQ with his wife, Elvira—didn’t quite give me the blueprint for his potato salad, but he did offer up a couple of secrets. The only seasoning needed is salt and pepper, and they should be mixed directly in with the potatoes after they’ve been boiled and drained. The dressing should be kept simple—mustard, dill pickles, and mayonnaise (even mustard potato salads need it) are the only requirements. The dressing makes it all plenty moist, but the creaminess really comes from chopped eggs. I figured that was enough information to try and replicate Marton’s version. 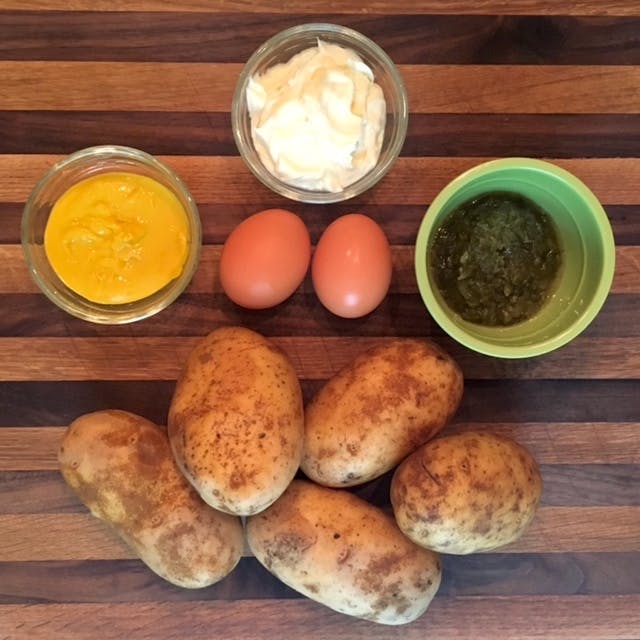 Back at home I made a few batches. I started by boiling a couple of potatoes whole, as Marton had suggested. Thirty minutes after adding some medium-sized russets into boiling water, I still had an unyielding potato. I opted to start with peeled and cubed potatoes for the next batch, and they were tender after just eight minutes in the boiling water.

Mayo and mustard made up the dressing base. I had both dill pickles and sweet pickle relish in the fridge, so I tried a version with each. The dill easily outshone the sweet pickles. If you like the sweet stuff a fifty-fifty mix or dill and sweet wasn’t bad, but there’s got to be some dill pickles in there. I was so hungry when the first batch came together that I tasted a couple spoonfuls before realizing I’d forgotten the eggs. Don’t make the same mistake: they added a much needed creaminess and a hint of deviled egg flavor into the mix. With just seven ingredients, I had a simple version of a Texas classic. It didn’t quite match up to Axtell BBQ’s version, but it was certainly better than anything out of a plastic tub. 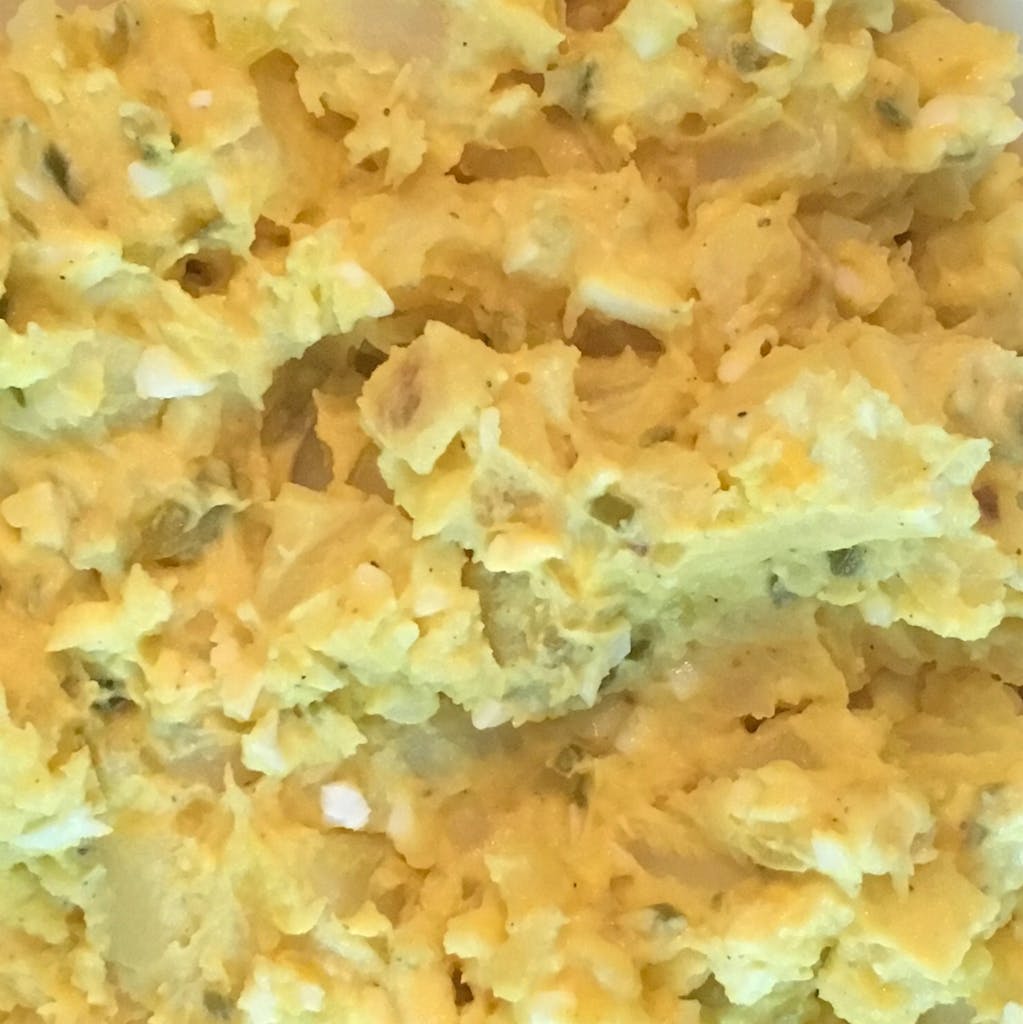 Peel and cube potatoes. Add them into boiling water and continue boiling for 7-8 minutes, or until the potato chunks are fork tender.

Drain potatoes and place into a mixing bowl. Add salt and pepper, and stir to combine.

Mix mayonnaise, mustard, and pickles together for the dressing. Chop eggs fine. Pour dressing and eggs over potatoes and mix thoroughly.

Here’s my personal potato salad secret: For a smoother texture, mash some of the potatoes with a fork before adding the dressing and eggs. The amount of mashing will determine the end texture, but see the photo above for the difference between the untouched potatoes and the slightly mashed ones. Enjoy.