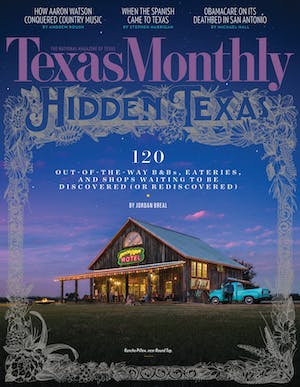 I don’t recall eating many sopaipillas growing up, but it seems everyone I’ve talked to about them wants to regale me with their own fond memories, which usually involve a mediocre Tex-Mex meal miraculously redeemed by a platter of the sweet, golden pillows. They’re quite popular in the West (particularly in New Mexico), but they’re also a big, fat deal here in Texas. In fact, the sopaipilla, along with its good buddy strudel, were declared our official state pastries in 2003, in a nod to “their historic origins and universal appeal.” Strangely, the Seventy-eighth Legislature concurrently decreed that the commendation would expire in 2005. No doubt that left the strudel feeling like a flake and the sopaipilla feeling, well, deflated.

Too bad, because this cousin to beignets, buñuelos, and fry bread is delicious and surprisingly fun to make. Butter and flour and yeast rise to the occasion and make a delightful blob of spongy, springy, airy dough. You’ll get a kick out of easing the floppy triangles into hot oil and watching them bob about and puff up like threatened toads (which some of mine resembled thanks to haphazard dough cutting). And biting into one fresh out of the skillet, the fluffy dough collapsing with a puff of fragrant steam, is something memories are made of.

In a large bowl, stir together the water and yeast until the yeast dissolves. Let stand until foamy, about 5 minutes. Whisk in the egg, milk mixture, butter, sugar, salt, and 2 cups of the flour. Put the dough (it will be runny) in a large oiled bowl, stir to coat, cover with a damp cloth, and let stand in a warm place until doubled in size, about 1 hour.

Stir in the remaining 2 cups flour. Knead the dough in the bowl for about 1 minute, until soft. Cover and let rise in a warm place until doubled in bulk, about 1 hour. Punch down and use right away, or cover and refrigerate for up to 2 days. On a floured work surface, roll out the dough to a 1/8-inch thickness. Cut into 4-inch triangles or squares.

In a large, heavy sauté pan or Dutch oven, heat the oil over medium heat until it reaches 365 degrees on a candy thermometer. The oil is ready when a small piece of dough dropped into it sinks to the bottom, then rises to the top immediately. Fry the pieces of dough in batches, turning occasionally, just until they are puffy and golden brown. Using a wire skimmer, transfer to paper towels to drain. Serve immediately with butter, honey, powdered sugar, cinnamon, or all of the above.

From The Pastry Queen Christmas, by Rebecca Rather with Alison Oresman. Published by Ten Speed Press.