This upcoming Texas BBQ episode of Somewhere South airs May 1 on PBS:

The dating site Match will match donations of up to $15,000 to the Dinner Bell Foundation, which was recently started by Pecan Lodge in Dallas.

A few Dallas-area pitmasters are smoking up to three thousand pounds of brisket for the Great Texas Bar-B-Que Pick Up to benefit struggling hospitality workers.

Blu’s BBQ in Dallas is donating smoked chickens to first responders in the area. Contact the restaurant for pickup details.

How LeRoy and Lewis became the most unique barbecue joint in Austin:

Cook’s Country spent two years developing a recipe for smoked brisket on a charcoal grill after a challenge from Texas Monthly.

Wyatt McSpadden, who may as well be the official barbecue photographer of Texas, launched a newly designed website where you can purchase an impressive array of his work.

“If you can’t be smiling and happy here, then you have no business cooking at Valentina’s.”

The Jambo’s BBQ location in Pantego has a new owner, and it plans to change the name of the restaurant.

Don’t get fined. Fire up the smoker:

In my town if a dad hasn’t smoked any meat by day 40 of the quarantine he has to pay a fine.

The Turkey Leg Hut in Houston is expanding its original restaurant and just opened a new food truck.

Kevin Kelly of Kevin’s BBQ Joints spoke with Esaul Ramos of 2M Smokehouse in San Antonio about what it takes to stay in business.

Lisa “Mama” Miller of Miller’s Smokehouse in Belton chatted with Barbecue Wife, and even gave up her cheese ball recipe.

“We’ve all got to get our businesses reopened and running, and we’ve got to do it in a responsible manner,” Balous Miller of Bill Miller Bar-B-Q told KENS5 in San Antonio.

Restaurant dining rooms will eventually reopen. California is formulating a plan to facilitate the move, which includes half-full dining rooms. In Texas, the plan is similar, but there aren’t details about capacity limitations.

“In April, the National Restaurant Association expects job losses at eating and drinking establishments to reach into the millions, which has never happened in a single month to one industry in the post-World War II era.” —QSR Magazine

An Ottawa restaurateur explained why restaurant profit margins are so thin, and makes a plea for how to fix the restaurant industry when we come out of this crisis.

Jordan Ritter Conn reported on the tough decisions made by restaurateurs from Tennessee to California in an article for the Ringer.

The Southern Smoke Foundation in Houston has distributed more than $1 million to food and beverage workers in need since the beginning of the COVID-19 crisis.

“Don’t want a sauce that’s sweet covering up my meat.” (For a modest donation, you can request a song for Carrie Rodriguez to perform.)

Congress added $310 billion more to the SBA’s PPP loan fund to assist small businesses during the crisis. Banks have warned that the funding may last only two or three days given the backlog of applications, and the new funding didn’t adjust rules that allowed huge restaurant groups, such as these publicly traded companies, from accessing SBA funding, .

On her 85th birthday, Tootsie Tomanetz talked to Barbecue Wife:

Happy 85th Birthday to Ms. Tootsie of @snowsbbq The Queen of #TexasBBQ We have a special edition of Tales of a #BarbecueWife out today. We hope you enjoy reading it, as much as we enjoyed putting it together. Celebrate the little things today! #TMBBQ #BBQ https://t.co/4cwpBL6yEv

Two of the seven largest beef plants in the country have been closed temporarily after workers were infected at alarming rates.

A spike in Iowa’s coronavirus cases is primarily driven by infections in two meat-processing plants.

A Smithfield pork processing plant closed on April 9 after pressure from the mayor of Sioux Falls and the governor of South Dakota.

The Smithfield plant has now been deemed the largest COVID-19 hotspot in the nation, as 748 of the 3,700 plant workers have tested positive:

The largest coronavirus hotspot in the country is the Smithfield pork factory in Sioux Falls, South Dakota.

Medical professionals from the CDC visited the plant, where hundreds have been infected with COVID-19. https://t.co/z1oQMMqlP3

In response, Smithfield blamed the largely immigrant workforce, saying “Living circumstances in certain cultures are different than they are with your traditional American family.”

JBS shut down a beef plant in Colorado after 4 workers died of COVID-19, and a JBS pork plant in Minnesota is closed indefinitely after 26 workers tested positive for coronavirus.

JBS announced Sunday that it came to an agreement with their workers’ union to raise the hourly wage for its meat production workers by $4.

In England, authorities shut down an illegal abattoir after they found a sheep-slaughtering business run out of a house. 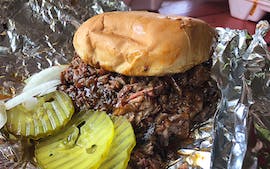 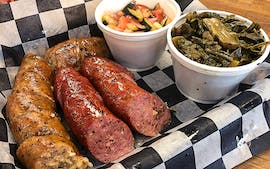 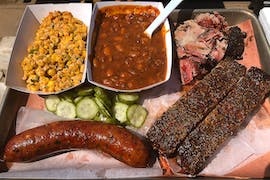