Q: I’m recently arrived from Colorado and have lived a fairly well-travelled life, but I’ve noticed a food phenomenon here that is unlike anything I’ve seen anywhere else. Is this glorious thing known as “steak night” a Texas thing?

But what exactly is steak night? Is it a particular night of the week when a restaurant features a steak special? How about when the Texanist throws a few well-seasoned slabs of meat on his backyard grill—does that constitute steak night? Is it any night that juicy cuts serve as the centerpiece of the evening meal? Is it steak night every night at a steakhouse?

After stanching the saliva flowing from his trap, the Texanist would answer all of these questions in the affirmative. Though most folks likely use the phrase “steak night” in reference to the specials put on by many restaurants in an effort to move product and draw crowds, the Texanist would be surprised if he were alone in finding steak nights at home to be pretty special too. Yes, the Texanist is also a believer in the gloriousness of steak night. But is it a Texas thing? Well, let’s see.

According to the fossil record, humans, in general, have been chomping on meats for some 2.5 million years. But it wasn’t until around 1690 that the Spaniards first introduced domesticated beeves to Texas. In fact, the Franciscans of these early entradas who tended their stock in southeast Texas and in and around San Antonio and on down to Goliad gave birth to the great cattle ranching industry for which the Lone Star State is known. The meats from these animals, which were the ancestors of the famed Texas Longhorn breed, provided succulent sustenance to the missionaries, civilians, and soldiers of the time. (The Texas Longhorn, by the way, is the official large mammal of Texas.) With abundant rangelands, the ranching industry flourished in Mexican Texas and continued to do so with the arrival of American colonists, some of whom had come here as mere farmers and started anew as rakish cattlemen. The rest is thrilling, albeit well trodden, history.

The working cowboys of the mid- to late-nineteenth and early twentieth century cattle-driving days lived on fresh steak. And beans. And sourdough. When hungry Texans and plentiful beef cattle found themselves in close proximity, what one could reasonably think of as steak nights were a foregone conclusion, informal and primitive though those early affairs may have been.

New York is still well-known as a cloud nine for steak fans. Famous magazine scribe Joseph Mitchell, of the New Yorker, captured that state’s beef eating culture in the April 15, 1939, issue when he reported on the proliferation of greasy Gotham gatherings known as “beefsteaks.” Interestingly, the story’s opening line compared the feasts to another meaty tradition, one for which the Lone Star State is even better known than its steak nights. “The New York State steak dinner, or ‘beefsteak,’ is a form of gluttony as stylized and regional as the riverbank fish fry, the hot-rock clambake, or the Texas barbeque [sic].” It seems that Mitchell, a North Carolinian by birth but a New Yorker by death, associated steak nights more with New York and Texas more with barbecue. Regardless, the story, titled “All You Can Hold for Five Bucks,” is an entertaining read, and the Texanist recommends it.

In search of an updated point of view on the subject, the Texanist reached out to his friends over at the Texas Beef Council, a nonprofit outfit that supports the Texas beef industry. He was informed by the nice Council folks that while state-by-state beef consumption statistics are scant, Americans, per capita, were forecast to eat 55 pounds of beef in 2018 for an annual total of 18 billion pounds. Further, as was reported to the Texanist, 1.6 billion pounds of that beef were projected to be eaten by Texans. Not all of it, of course, in the form of steak, but a lot of it, to be sure. If the Texanist’s math is correct, then Texans consumed a bit more than their share. It seems that though we (that is, all of you plus the Texanist) make up about 8.67 percent of the nation’s population, we account for a whopping (okay, maybe not all that whopping) 8.9 percent of the nation’s beef consumption.

Congratulations, y’all! Where’s the beef? In the bellies of Texans, apparently. Sheesh! We should be ashamed of ourselves. But, then, as Texas is the top (by a long shot) cattle-producing state in the country and is always chock-full of beef cattle, it makes sense that its inhabitants would be slightly more chock-full of steak than the rest of the country. Thus, the Texanist is willing to make an only mildly daring leap of logic and declare that if steak is a Texas thing, then steak night must be a Texas thing too. And until somebody shows him evidence to the contrary, this will be the Texanist’s official stance on the matter henceforward.

But, really, whether or not Texas can stake (rim shot) a claim to steak night, one thing we can all agree on is that, compared to soup night, bologna sandwich night, and three-day-old leftover Vietnamese food night, steak night is always a good night.

And, just so you know, the nine-banded armadillo is Texas’s official small mammal. 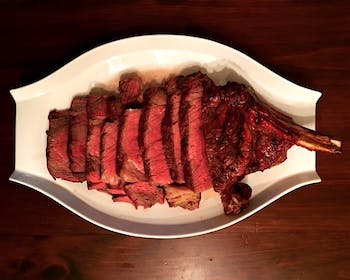 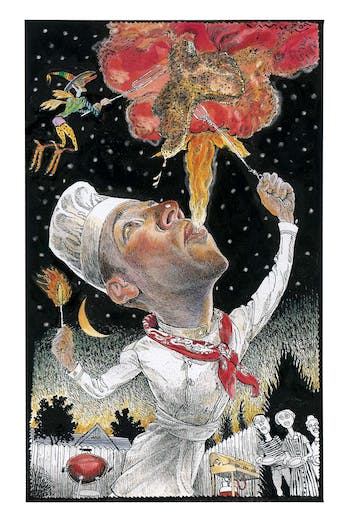 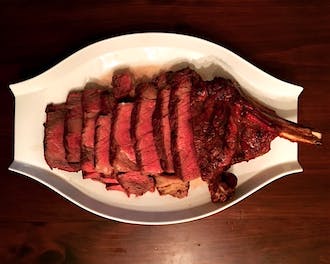 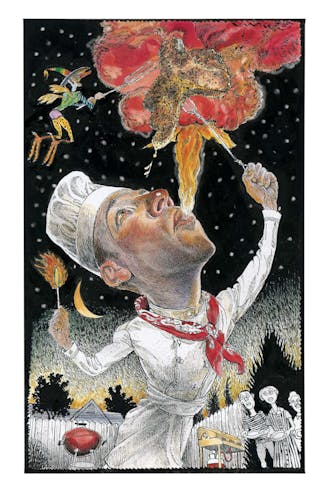 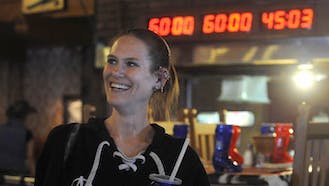 Meet Molly Schuyler, the Best Eater of Steaks There Ever Was 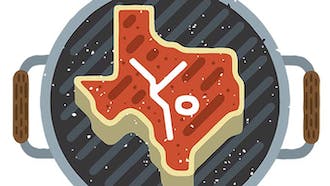 How to Grill the Perfect Ribeye

By Texas Monthly and Courtney Bond