Combine all ingredients and mix well.

Place the peanut oil in the stockpot on the turkey cooker and preheat to 350 degrees. Meanwhile, in a bowl combine the chicken stock and Tabasco. Place the turkey in a shallow pan or bowl. Fill the syringe with stock mixture, inject all parts of the turkey (legs, breast, thighs), and then thoroughly coat the outside of the turkey with the cinnamon-chile rub. When the oil reaches 350 degrees, place the turkey in the basket and, wearing oven mitts, carefully lower it into the stockpot. Cook for 3 1/2 minutes per pound (for example, a 12-pound turkey will be done in 42 minutes). Remove the turkey from the oil and drain well. Place it on your favorite platter and carve away.

1. To determine how much oil you need, put the uncooked turkey in the stockpot and cover with water. Measure the water and use the same amount of oil. (The cooks at Reata use a 40-quart stockpot and 6 gallons of oil.)

3. Turkey cookers with pots and propane burners can be bought at large supermarkets, sporting goods stores, restaurant suppliers, building-supply stores, and hardware stores, but availability is unpredictable. A spot-check found them at some Academy Sports and Outdoors stores, Albertson’s food stores, and Builders Square, among others. Injectors are available at cookware stores, department stores, and some of the outlets mentioned above. If you don’t have a cooker and stockpot and don’t want to buy them, they can be rented at party supply stores.

4. The injector is easier to fill if you remove the needle.

5. The oil may be strained to remove food particles and reused. It may also be disposed of with regular garbage.

Share
Tags: Food, The Culture, The Manual, How to be Texan, Recipe 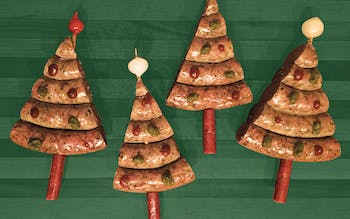 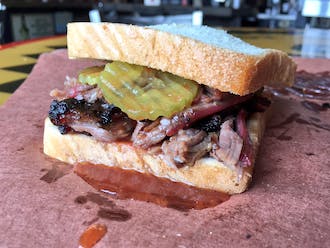