If the Legislature were to declare a state casserole (and I’m surprised it hasn’t), it would have to be the King Ranch. A staple of school lunchrooms and church suppers, frat houses and funerals, it is, according to a particularly astute hostess quoted in 1966 in the San Antonio Light, “a hit with men as well as with women guests.”

As far as anyone can tell, the recipe does not hail from the real King Ranch; how many yard birds have you seen in photos of that majestic spread? More likely it’s a Junior League attempt at chilaquiles or a Texas take on chicken à la king. And though it is a member in good standing of the condensed-soup canon, those bland, oddly comforting, Gerber-invoking turkey tetrazzinis and tuna noodles simply cannot compete with the exotic King Ranch, whose lively Tex-Mex flavors—spicy chile powders, zesty roasted peppers, earthy mushrooms—coalesce in one sublime, admittedly unattractive package. So lively are these flavors supposed to be, in fact, that I propose you ditch the cans (except for the wholly respectable Ro-Tel) and make this from-scratch version from Texas cookbook author Rebecca Rather. One bite of this “steaming mass of melted mush” (as this magazine once lovingly referred to the KRC) should put you right back in Mom’s kitchen—but not in your high chair.

Melt the butter in a large sauté pan over medium heat. Add the vegetables and sauté on medium-low about 7 minutes. Stir in the chili powder, cayenne, salt, and pepper and cook for 1 minute. Sprinkle in flour, 1/2 cup at a time, and stir until the white is no longer visible. Whisk in 3 cups of the stock, 1 cup at a time, until smooth. Whisk in cream and stir in chiles and tomatoes.

Bake for about an hour, until bubbling and lightly browned on top. Remove from the oven and let sit for 10 minutes before serving. 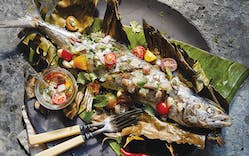 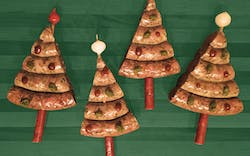 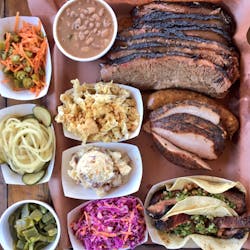 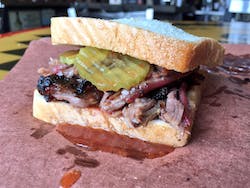