It’s hard enough to find your niche as a songwriter, but three Austin solo acts have managed to merge their individual styles to create a cohesive sound as Nobody’s Girl. Band members BettySoo, Grace Pettis, and Rebecca Loebe each have their musical bona fides. They’ve found success in careers as solo artists—all three have received the “New Folk” award at the annual Kerrville Folk Festival, the event that brought them together a decade ago.

But it wasn’t until 2017 that they became a trio. Loebe proposed that the three friends hit the road together to, as she put it, “share the road, share our audiences, and have a bit of fun.” Before heading out, they recorded a video covering Tracy Chapman’s “Fast Car,” which caught the ears of someone at burgeoning label and artist-development firm Lucky Hound Music. That was November 2017. Less than a year later, they have signed a record deal, booked a tour, and—on September 27—released a six-song EP as Nobody’s Girl.

The EP, Waterline, highlights the women’s folk backgrounds. It’s teeming with polished, haunting harmonies and incisive songwriting (an impressive feat considering that the whole thing was written in 36 hours last December). There’s a clear chemistry between the women, who have managed to seamlessly shift from being individual bandleaders to co-writers. “It’s definitely my first experience with a collaborative creative project,” Loebe told Texas Monthly. “I’ve played in bands before, but it’s always been with hired players. At the end of the day, I’m the boss lady. But here, I’m one-third of the boss lady. We’re luckily good friends and cool-headed, so we’re learning to make decisions as a team.”

Before heading out on tour to celebrate the EP release, Nobody’s Girl stopped by Texas Monthly to perform their lead single “What’ll I Do” from Waterline. 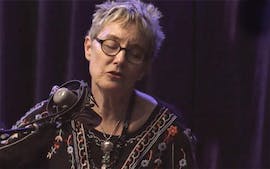 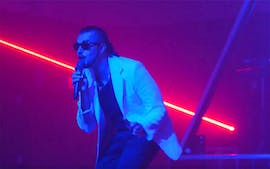 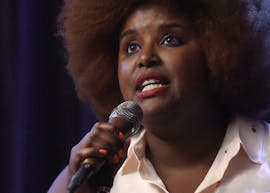