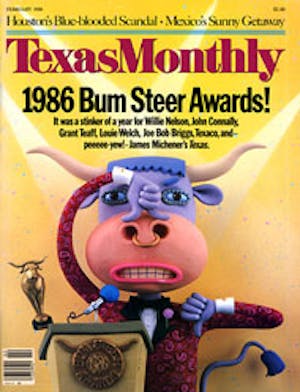 Although Jim Goode uses his BBQ Mop for basting smoked meat, it’s flavorful enough to use as a sauce for cooking brisket, and you’ll barely miss the smoky flavor. Slice the brisket and re-form it in the pot halfway through the cooking. It’s much easier to cut it at that point. Use a long, sharp carving knife and slice the meat against the grain.

The night before serving, rub the brisket well all over with the BBQ Beef Rub. Wrap well in plastic and place in the refrigerator overnight for the meat to absorb the flavor of the rub.

Brown the brisket well on both sides over hot coals, 3 to 4 inches from the heat source, for about 8 to 10 minutes per side.

When ready to cook, preheat the oven to 350 degrees. Place the brisket in a large, heavy oven-proof pot. Add carrots and Jim Goode’s BBQ Mop. Cover and cook for 1 1/2 hours.

Remove the brisket from the pot to a cutting board. Slice the brisket 1/4-inch thick. Re-form the sliced brisket in the pot. Spoon the sauce over the top, cover and cook 1 hour longer, basting occasionally with the sauce.