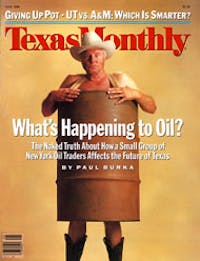 Tex-Mex and The City by Gary Cartwright [February 2007] The knock-down, drag-out battle to save Las Manitas has really been a battle to save Austin’s soul—assuming, of course, a city’s soul can be saved.

Austin wouldn’t be Austin without Las Manitas Avenue Cafe. The modest downtown restaurant hasn’t changed much in appearance since it was opened by sisters Lidia and Cynthia Perez in 1981, except that it has become more and more popu lar as each year goes by. The two sisters started working on their restaurant and the menu way before 1981, with cooking parties for friends who would then critique the food. The menu has now grown to include Mexican and Central American dishes, such as the breakfast stand-by migas and the weekend necessity, menudo. The Perez’ version is bolstered with a hearty dose of bone marrow—even if menudo’s curative powers for a hangover is only a myth, Las Manitas’ recipe is at least very good for you.

Other menu items cannot be found elsewhere in town—the Central American breakfast, for instance. Two eggs served with black beans, fried plantains , sour cream, and two tortillas is a healthy start to any day. And don’t expect to find vegetarian chorizo at too many other Mexican eateries—soybean gluten spiced with traditional Mexican chorizo condiments and scrambled with eggs, onions, and serr ano peppers is a happy alternative for the health-conscious. Relaxing at Las Manitas over a weekend breakfast or meeting for a power lunch during the week is now an Austin tradition, and even if you have to wait a while for a table, there’s always in teresting art on the wall since Lidia and Cynthia are also the founders of La Pena, an organization to promote Latin arts.

<!– Photos by Beverly Spicer from the book Open Ceilings by Connie Miller Burton –>

Combination Special One chalupa, one fajita taco, one flauta, one quesadilla and rice