This time last January, the Daytripper guys and I were putting together our Texas travel bucket lists for 2016. In the year since, I have managed to add more destinations to that list than I scratched off, as usual. But hey, what’s a few more? Now that it’s a new year and I’ve reset my odometer to zero, I’m working on a list of cities and sights that I’d like to explore over the next twelve months. (Stay tuned for that list next week.)

But first, here’s a quick look back at a few of my favorite 2016 Texas Monthly stories, all of which should inspire your near-future travels, if they haven’t already. Each is an ode not just to a particular place in the state but to a specific world and subculture. Although these stories are vivid guides, the only way to really get to know each of these areas is to see and experience them for yourself. Don’t fret if you didn’t get to these spots in 2016. You’ve got several key opportunities to visit in the year ahead.

Why: To see what all the fuss is about in one of the most talked-about places in the world.

“Suddenly everyone wants to be in Austin, from tech twentysomethings to middle-aged corporate hot shots. Austin is the fastest-growing big city in the country, at the top of lists for things that can be measured (real estate and jobs) and things that can’t (cool and kicks). It has become the City of the Eternal Festival, from South by Southwest and the Austin City Limits Music Festival to Pachanga, Reggae, and Formula 1. Where else can you eat the best barbecue in the world, watch more than a million hungry bats ascend into the gloaming above the Ann W. Richards Congress Avenue Bridge, hear amazing music every night of the week, and behold Lady Gaga covered in vomit as part of a SXSW show?”

When to go: March 10–19 if you want to dive into SXSW, which Hall singles out as the “single thing that has has driven Austin to be a hip boomtown.” Or, if you’d prefer to experience the city when it’s a bit mellower, try April or May before temperatures really start to soar and you can take full advantage of Austin’s natural beauty and charms.

Why: So you can determine for yourself which boiling pot has the best crawfish in Cajun Country.
Inspired by: “The Mighty Mudbug” by J.C. Reid (May 2016)

“Whether you prefer the garlic-and-butter-soaked Vietnamese-style crawfish that predominate in Asian communities throughout Southeast Texas or the sweeter, mellower Cajun-style flavors you find at roadside stands along the I-10 corridor from Lafayette to Houston, crawfish have never been bigger, tastier, or more widely available.”

When to go: From February to June when crawfish season is in full swing. Because availability often determines when a place is open (or isn’t), be sure to check restaurants’ websites or Facebook pages before you go. 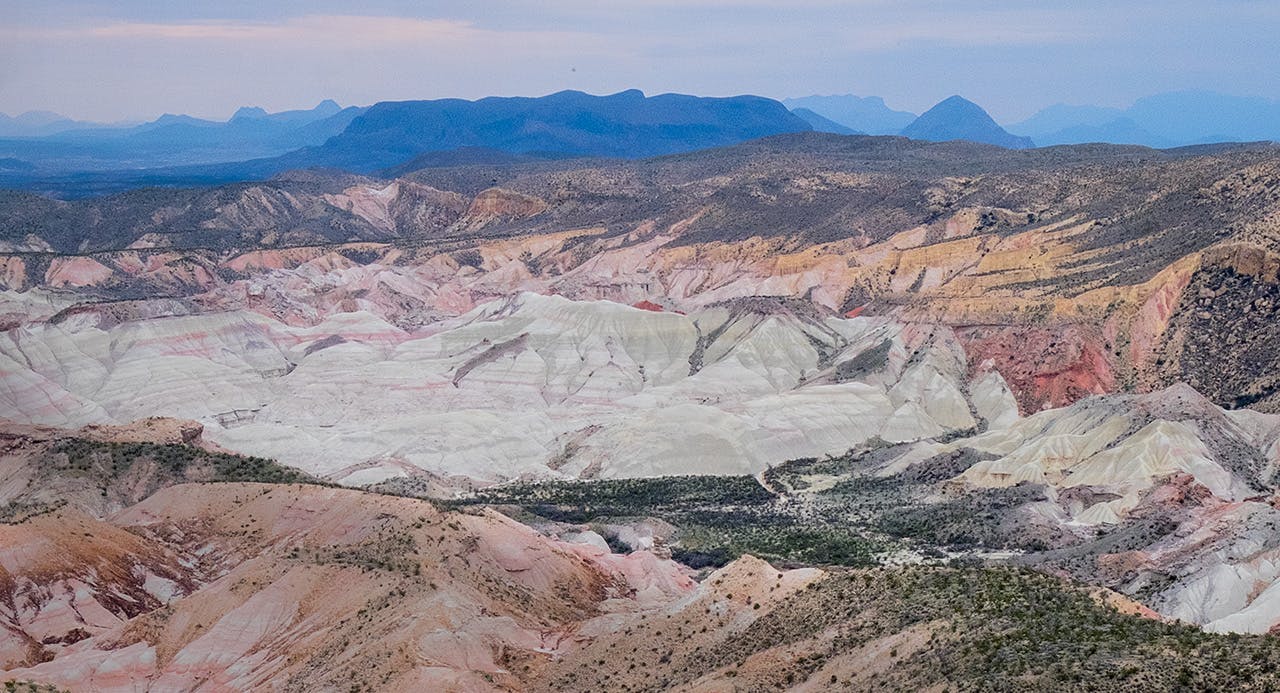 Why: For a boots-on-the-ground adventure to see some of the remarkable geologic formations and fossils not found anywhere else on earth.

“As a photographer, I often think about time and place: exposure, people, patterns, light. And there’s no place that trains your eye to see light or prods your mind to consider time quite like West Texas, where the sun hits the open plains and jagged mountain ranges in a dependable yet dramatic way. Its rocky stretches speak of seismic moments and ages past—glacial periods, floods, inland seas, and volcanic eruptions—during which dinosaurs once roamed and the first mammals emerged from ash and began to flourish.”

When to go: January 14, for the grand opening of Big Bend National Park’s Fossil Discovery Exhibit, which details the park’s 130 million years of paleontologic history and shows off replicas of some of the ancient gems unearthed here, including the skeleton of Quetzalcoatlus northropi, the world’s largest-known flying creature, a pterosaur with a wingspan measuring thirty-five feet. After its opening, the open-air pavilion, which was designed by San Antonio’s Lake|Flato architecture firm, will be open daily from dawn to dusk.

Navigate your way to: Multiple sites of geological importance within Big Bend National Park, including the East-Central Tornillo Flats, the Western park entrance, the Hot Springs Trail, and the Santa Elena Canyon Nature Trail | the White Shaman Preserve in Comstock

More required reading: “The Earth Below,” Marfa writer Sterry Butcher’s ode to the land beneath her feet | our guide to Big Bend | Trip Guide: Alpine

Why: To reassess what you’ve maybe always thought of Waco, now billed as “a legitimate tourist destination” thanks to Fixer Upper stars Chip and Joanna Gaines.

Inspired by: “Are You Ready To Meet Your Fixer Uppers?” by Taffy Brodesser-Akner (October 2016)

“Now, not only is Fixer Upper one of HGTV’s top shows, the Gaineses have four hundred employees—four hundred employees—and their brand is nonstop. They own and operate Magnolia Market at the Silos, an expansive retail compound in downtown Waco that includes two former cotton silos, office spaces, a grassy recreation area for families to frolic, and a bakery…Their next move is to renovate the old Elite Cafe, a historic landmark on Waco’s famous traffic circle off I-35.”

When to go: January 14, to pick through the Gaineses’s “first come, first served” Warehouse Sale and then again in the summer when they reopen the Elite Cafe as a breakfast joint (grand opening TBD).

Navigate your way to: Magnolia Market at the Silos, of course |  the Waco Mammoth National Monument | the Dr Pepper Museum | the Texas Ranger Hall of Fame and Museum

By Jordan Breal
The Culture

Are You Ready to Meet Your Fixer Uppers?